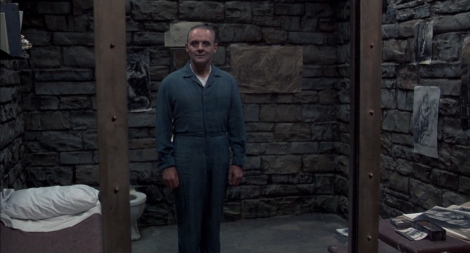 A young F.B.I. cadet must confide in an incarcerated and manipulative killer to receive his help on catching another serial killer who skins his victims.

A young FBI Agent by the name of Clarice Starling is assigned to the case of helping to find a woman gone missing and save her from a psychopathic serial killer known as Buffalo Bill, who kidnaps, murders and skins his victims. They send her to interview a demented prisoner who may provide psychological insight and clues to the killer’s actions. FBI Agent Jack Crawford believes that the prisoner named Dr. Hannibal Lecter, a once respected psychiatrist turned murderous cannibal, that he has the answers to their questions and can help locate the killer. Thus a twisted relationship of Hannibal’s morbid curiosity on Starling’s own life and Clarice having to deal with her own psychological demons begins.

Based on the Thomas Harris bestseller, it remained one of the most popular appearances of the character Dr. Hannibal Lecter (That is until the Hannibal television series came to exist) but this film primarily focuses on the journey of young FBI Agent Clarice Starling and having to cope with the challenges of her first case…and what a first case it is as not only does she have to find the serial killer known as ‘Buffalo Bill’, but also have to seek help from Dr. Hannibal Lecter, who’s more interested in Starling’s childhood. It’s a great character performance from Jodie Foster as Clarice Starling, carrying the film along with the case with a certain amount of pressure on her shoulders, with a certain amount of fear and vulnerability in her eyes yet with a deep amount of inner strength and courage. Scott Glenn is fine in the role as FBI Agent Jack Crawford who takes a chance by putting his young protege on the case, Ted Levine is the right amount of creepy with his performance as Buffalo Bill. Of course the most memorable performance to take away from this film is Anthony Hopkins performance as Dr. Hannibal Lecter, he’s in it for a short amount of screen time yet his presence is felt throughout the film and you hang on his every word as soon as he speaks. Hopkins is just electric in the role and when his dialogue sharing scenes with Jodie Foster wasn’t enough, we the audience get to see just what the character is capable of and it is terrifying. More a horror film than an out and out thriller, The Silence Of The Lambs still holds up over twenty years on.

FAVOURITE SCENE: Probably the open introduction of Dr. Hannibal Lecter, just casually standing there awaiting Clarice Starling’s arrival. It’s so simple yet one of the most memorable character reveals in cinema.

FAVOURITE QUOTE: ‘A census taker once tried to test me. I ate his liver with some fava beans and a nice chianti.’ – Hannibal Lecter

DID YOU KNOW?: At 24 minutes and 52 seconds, Anthony Hopkins’s performance in this movie is the second shortest to ever win an Academy Award for Best Actor in a Leading Role, withDavid Niven in Separate Tables (1958) beating him by one minute.