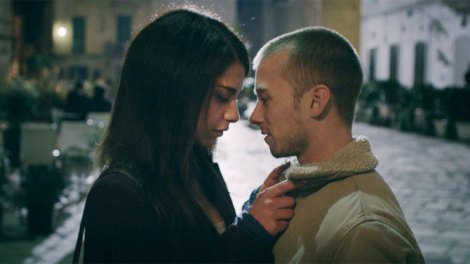 A young man in a personal tailspin flees the US to Italy, where he sparks up a romance with a woman harboring a dark, primordial secret. 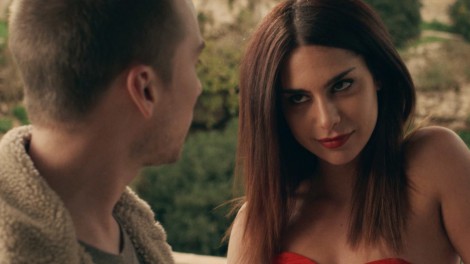 Spring follows the story of Evan, a young twenty-something male whose mother passes away and after a ‘minor’ incident leads to him losing his job on the day of her funeral and also puts him on the cops and ‘victims’ radar, Evan decides to grab a plane and make way for Italy. Drifting along the way he comes across local named Louise, who he becomes fixated with due to her beauty and mysterious nature and decides to stay around to see what can spark between the two though he has no idea what’s in store.

Going into this film I had absolutely no idea what I was to expect or even what the general plot was. Few friends that I know recommended to check the film out so when I seen it was available now I decided to give it a go…and I’m glad that I did.

What starts off as what I initially believed to be a ‘soul searching’ coming-of-age journey following Evan around Italy and its various hostels and other travelers (two English lads in particular) soon turns to the Before Sunrise vibe as Evan comes across a mysterious woman named Louise that he becomes fixated with…then suddenly there’s a twist in the tale that completely comes from left field that brings a horror backdrop to the films proceedings throughout. Though granted, if you watch the trailer for the film below I wouldn’t have been so caught off guard as I did. It’s a beautifully shot piece of film with some really well done drone work for some shots and particularly some of the effects used (as Evan/Louise have a passionate embrace on the street, a flower blooms into focus…as well as of course what Louise transforms into) and just giving us a wonderful view of this tiny part of Italy.

The performances from the two leads are very grounded and authentic in a fantasy element love story, with Lou Taylor Pucci giving a charming and likable performance as Evan, a regular Joe who goes in search of himself after a rough period and Nadia Hilker gives a enchanting performance as the mysterious Louise, whose baggage is otherworldly.

A unique romance film with a kink of a horror element added to it with some beautiful cinematography, this has the makings of gathering a cult following over the next few years and that’s down in part to the story and the organic performances, with Nadia Hilker in particular being one to look out for. 8/10