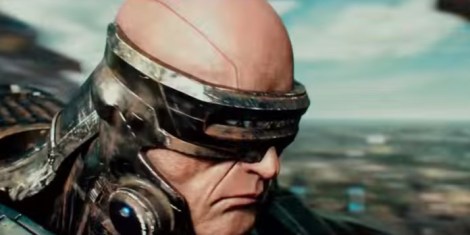 Also given a TV spot during Superbowl 50 was a latest look at Teenage Mutant Ninja Turtles: Out Of The Shadows, which also happened to reveal that the film will be introducing Krang to the big screen.

While the plot remains under wraps, the sequel is doing deep into ridiculous 80’s cartoon country as Out Of The Shadows will be bringing Casey Jones, Krang, Bebop, Rocksteady and a less transformers-ized Shredder to the big screen with a cast that includes the return of Megan Fox, Will Arnett and William Fichtner with newcomers Stephen Amell, Laura Linney, Tyler Perry, Gary Anthony Williams, Brian Tee and Sheamus.

It looks like the film could be set to embrace the mutant side of things and with the tease of Krang appearing in this instalment, I can’t help but feel slightly excited to see him, Bebop and Rocksteady and the big screen for the nostalgia factor.

Teenage Mutant Ninja Turtles: Out Of The Shadows is set for a cinematic release on the 3rd June 2016.