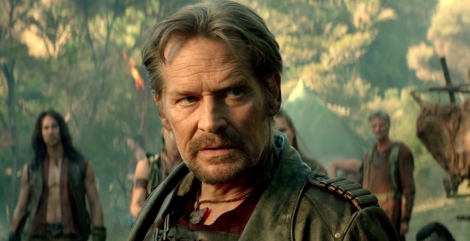 Deadline exclusively reports that James Remar has signed on to appear in the second season of Hulu’s The Path.

The path is a show that follows a family at the center of a controversial cult movement (Meyerism) as they struggle with relationships, faith and power. The report states that Remar will be playing the role of Kodiak, a controversial longtime member of the Movement who is called back to the compound amid suspicions of corruption.  The second season from Jason Katims and Jessica Goldberg is set to begin production in New York this week and the thirteen episode second season will premiere in early 2017.

James Remar is best known for his role as Harry Morgan in Showtime’s Dexter and has recently appeared on MTV’s The Shannara Chronicles and will be joining cast members Aaron Paul, Hugh Dancy, Michelle Monaghan and recently announced Leven Rambin.