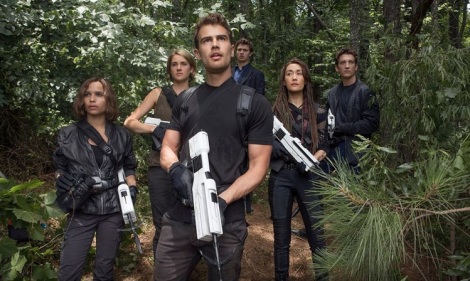 After the earth-shattering revelations of Insurgent, Tris must escape with Four beyond the wall that encircles Chicago, to finally discover the shocking truth of the world around them. 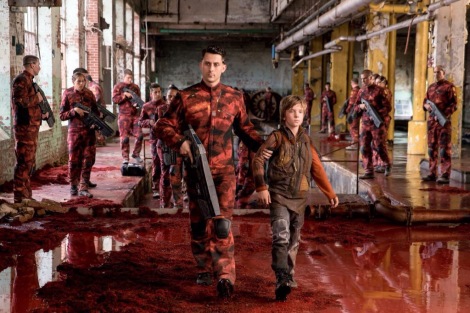 After the events of Insurgent and realising that the  hostile situation within the city of Chicago is increasingly getting worse, Tris, Four and friends decide to make a break for it and journey beyond the wall that encircles them within the city. As they make their way through the fringe, they encounter a group of individuals and airships that take them to Bureau of Genetic Welfare, a highly advanced city where they learn that years ago the Government, in an attempt to create a better society, they began to modify people’s genes, with disastrous results. As Tris meets The Director and promises to help restore peace in Chicago, Four is not so sure that everything is what it seems at the Bureau.

Allegiant is the third film in the Divergent series and while it is thankfully better than its previous instalment Insurgent, it’s still bogged down with the same issues that has followed this series since day one as we reach the franchises end.

The film picks up after the events of Insurgent and starts strong in the group realising that with removing Erudite leader Jeanine from power, mob justice is overtaking the city as Erudite and Dauntless conspirators trials end up becoming live executions, they decide to make a run for the wall and make it to the fringe lands, which actually that alone and what unfolds with the Bureau of Genetic Welfare make it a refreshing change of scenery after Insurgent. While the film centres on Shailene Woodley’s Tris, Theo James get more to do within this instalment as Four and the case can be made here that his scenes/arc actually had the strongest moments in the film.

The problem comes however in the form that while Four’s arc is strengthened compared to his arc in Insurgent, Tris’ arc however is bogged down in generic dialogue drivel that could not only potentially bore the audience, it looks like it does for Shailene Woodley and Jeff Daniels as they feel checked out at particular moments talking about Pure and Damaged genetics. Again it’s not an issue with the actors, it’s the script itself, which has been the series main weakness throughout its instalments. While Miles Teller’s Peter doesn’t become relevant until the final act, he still gets more screen time than fellow original member Christina, played by Zoë Kravitz and the one I was looking forward to seeing in a studio film, Nadia Hilker from Spring fame, might as well not have existed as a character as she was in it for virtually four minutes and then a walk on part at a pivotal moment for no particular reason. Which brings me to the next negative that certain scenes felt forced, particularly the conflict of interests between Tris and Four, given all that they’ve been through in the previous two films, the ‘separation’ of ideals comes to a head at a certain point in the film that doesn’t feel earned whatsoever. Even the intriguing sub-plot of the Chicago civil war (factionless vs allegiant) is completely non-existent after the first act and is in the background during the final act. Also there’s some notably terrible green screen at play here much like Insurgent.

An improvement in some ways to Insurgent, with a better arc for Theo James to work on as Four, it still carries previous problems from other instalments down to its generic script and having too many characters handled with no care and it shows as some of the actors appear more jaded as the series progresses…even Shailene Woodley.  3/10