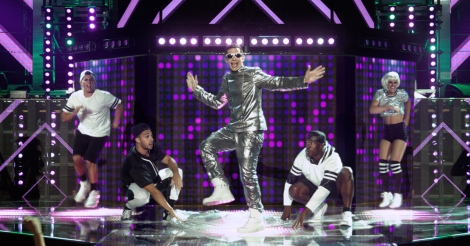 When it becomes clear that his solo album is a failure, a former boy band member does everything in his power to maintain his celebrity status. 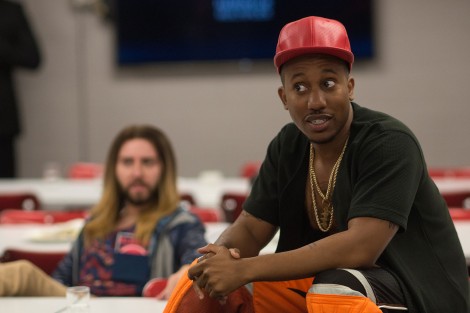 Popstar: Never Stop Never Stopping has us following world-famous recording artist Conner4Real, who started off in a boy band and his popularity has sky rocketed him to a massive solo career with a huge fanbase and thirty-two people on his payroll. The mockumentary primarily picks up on the release of Conner’s second album, Connquest, which flops and we witness the lengths he will go to in order to keep his stardom intact.

The Lonely Island were a music-comedy group that came to my attention during my University years and since then they’ve individually made their stamp in the film and television industry. Now the trio have reunited to make a parody of music documentaries (particularly Justin Bieber: Never Say Never comes to mind behind the process of this mockumentary existing) and it becomes a case of can their material, which is normally musical numbers lasting three minutes max, can sustain viewers interest in a feature length film.

Popstar: Never Stop Never Stopping is a film that knows exactly what it is, wants to achieve and will tackle any particular topic/gimmick to get a laugh and that is both a positive and negative for the film. Some of the musical numbers that worked for me were ‘Equal Rights’ which takes a dig at Macklemore’s ‘Same Love’ (That’s what I took from it) and the ‘Finest Girl’ song worked for me with the Bin Laden chorus thrown in there. Andy Samberg may be hit or miss for some but the Conner4Real character is the right amount of stupidity that you can laugh at the character without growing tired of him and that is due to Samberg’s performance. Thankfully there’s no gag that comes across as overlong or outstay it’s welcome, once the joke is delivered it is never revisited or dragged out. Like their Lonely Island albums there’s tonnes of cameos on show here from those in the music business and they provide a few laughs here and there.

While the film is short, it does feel like it lags in the middle as we witness Conner finally hit his lowest low and while the film actually focuses on the themes of loyalty and friendship, it does so in the process of multiple sketches cut together at particular points and as previously stated with the laughs, some won’t and some don’t. While the musical numbers are memorable, I’m already starting to forget certain scenes and believe the film may not just be as memorable for me as the songs that will come from the film.

I had a laugh watching Popstar: Never Stop Never Stopping but it just falls short of being a good comedy film as unfortunately it may, outside of the musical numbers, become forgettable by the end of the year.  6/10