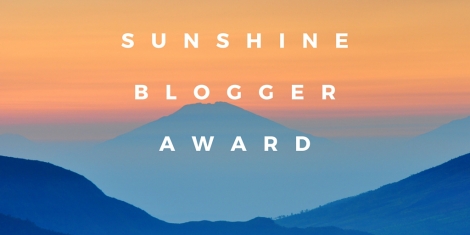 As I accept this award and if you inevitably do, you must do the following rules in both receiving and making their own nominations:

1.What would be your dream job (disregarding worries about pay or scheduling)?

Dream job scenario has been frequently something I look on with some amount of joy as working within the film industry in some capacity was always my goal and even though it was a short window and I’m going through the dreaded ‘rough patch’ phase of awaiting the next chapter as I save money to move abroad in order to, (cough) broaden my horizons. So outside of film production/editing, I would have playing football (soccer to some of you crazy people) as something I always wanted to maintain growing up and doing for a living.

2. What are some of your favourite childhood films?

I’ll essentially grew up on three films – Raiders of the Lost Ark, The Lion King and The Nightmare Before Christmas. Granted somewhere (out there) there is footage of me singing THAT musical number from Beauty and the Beast when I was a little nipper at Orlando Disney, it still doesn’t break into the top three for me in terms of films I grew up on.

3. As an ode to Barbara Walters: If you were a tree, what kind of tree would you be?

Sequoiadendron giganteum – Tall and essentially useless when it comes to DIY.

For me personally, even though there is classics and gems in the genre, the horror genre is something that could never captivate me as much as say crime and sci-fi genres as examples. The majority of films that seem to get the wide releases are pretty much by the numbers in terms of narrative beats and just come across as either lazy or something I’ve already seen a dozen times before.

5. Which whimsical sitcom character do you most relate to? Or, if you’re not a sitcom fan, which character of any genre?

Joey Tribbiani, loyal friend, listens to everyones problems and a keen lover of all things food.

6. What’s the last movie you watched and was it any good?

The last film I watched was Kubo and the Two Strings and I thought it was absolutely brilliant. The animation was the best I’ve seen in years and I was completely captives by the story as well with its imagination and themes.

7. If you follow the Oscars, what do you think has been the biggest snub of all time?

8. Who is your favourite movie love interest (you cannot cite ‘The Notebook’)?

Céline from the Before trilogy will always capture my heart.

9. What movie are you most looking forward to in September?

I’ve two on the list with one that hasn’t unfortunately not been released in this region on it’s supposed release date (Hell or High Water) and I hope the latter will be released when it should in the region here (Hunt For The Wilderpeople).

10. What sayings or personal mantra do you live your life by?

Get busy living or get busy dying.

Dog person and it’s not even a contest.

Below are my nominees for the Sunshine Blogger Award and who are definitely worth you time to check out:

On The Screen Reviews

What The Craggus Saw

And here are their 11 questions to follow up with their nominations:

1.What is your favourite childhood film and why?

2. What is your favourite film of the year so far and why?

4. What is your favourite season and why?

5. What is your favourite television series and why?

6. Which would you prefer and why- dream job set for life or travel the world (two years max)?

7.  You have the chance to interview five people from any aspect of films and film-making, dead or alive, who would you pick?

8. What is your favourite film genre?

9. What is your least favourite film genre?

10. What 2016 film release are you looking forward to the most before the year ends?

11. Which character is your favourite, Han Solo or Indiana Jones?

Thanks for reading and thank you Alicja for the nomination.