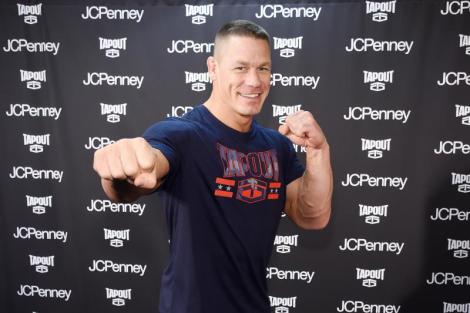 The Hollywood Reporter is exclusively reporting that WWE superstar John Cena is the latest name to join the cast of Paramount’s Transformers spinoff film Bumblebee.

The report also reveals more details of the plot for the film. The film is set to take place in the year 1987, where Bumblebee finds refuge in a junkyard on a small Californian beach town. Enter Charlie, on the cusp of turning 18 and trying to find her place in the world, discovering a battle-scarred and broken Bumblebee. When Charlie revives him, she quickly learns that this is no ordinary yellow VW bug. The script has been penned by Christina Hodson who was one of those that was in a writers room at Paramount, coming up with ideas on how to expand the mythology of the Transformers cinematic universe back in the summer of 2015. Back in March it was reported that Kubo and the Two Strings director, Travis Knight, was attached to the project, which will mark his live-action directorial debut here.

The report doesn’t state what role John Cena will play in the film, but does state that it’s a lead role. Cena has been gradually been transferring himself out of the WWE ring and onto the big screen in the last few years, appearing in comedies Trainwreck and Daddy’s Home, as well as appearing in this years war thriller The Wall. John Cena will be joining a cast that includes Hailee Steinfeld, Jorge Lendeborg Jr., Jason Drucker, Abby Quinn, Rachel Crow, Ricardo Hoyos, Gracie Dzienny and Pamela Adlon.

Bumblebee has been scheduled for a new cinematic release date which is now the 21st December 2018.