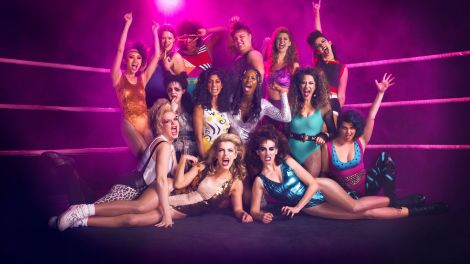 Media outlets are reporting that comedy wrestling series GLOW has been renewed for a second season at Netflix.

Inspired by the short-lived show from the 80’s, GLOW is set during in Los Angeles where we follow struggling actress Ruth Wilder searching for a role, any role, that she can sink her teeth into. As she auditions for roles of secretaries, she still has little success until one day a casting director calls her for an unconventional project. She soon learns that the project is auditioning to compete in a fledgling professional wrestling promotion called Gorgeous Ladies of Wrestling aka GLOW.

The series will once again consist of ten episodes and Flahive and Mensch, who serve as showrunners, executive produce with Kohan and Tara Herrmann. News of a second season renewal for GLOW comes as no surprise as it’s been praised by critics and viewers. Personally I loved the first season for the writing, characters and I think the ensemble they have is solid throughout and I look forward to seeing where their journeys  will lead them going forward.