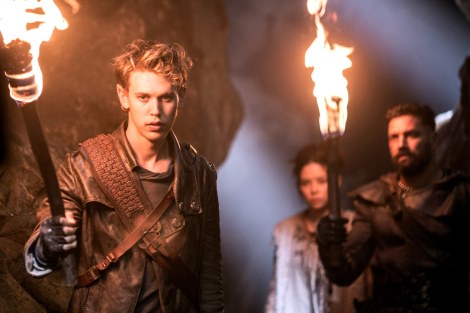 Media outlets are reporting that the Paramount Network have decided to cancel fantasy drama series The Shannara Chronicles after two seasons.

An Elvish tree, known as the Ellcrys, is dying. The bad news is that the tree has been the only piece of magic that protects the Four Lands from the Demon World. Amberle Elessedil is the only one who can save the tree. But she has to unlock magic that the Elves haven’t used in thousands of years. With the help of Wil Ohmsford, she travels to find the lost magic. But it won’t be an easy task.

The first season of the series, based on the best-selling fantasy books by Terry Brooks, made its debut on MTV and was then moved to Spike TV for its second season. The show was one of two scripted series that debut on Spike as it was making its transition into becoming the Paramount Network, set to be Viacom’s leading scripted brand. The other scripted show, The Mist, was cancelled a few months ago. The report states that it isn’t known whether producer Sonar Entertainment will be shopping The Shannara Chronicles to other networks.