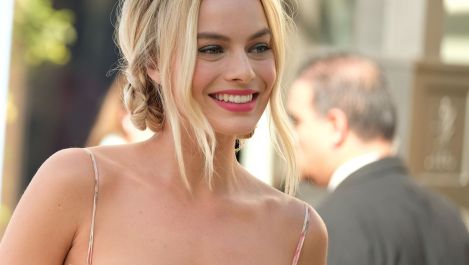 Deadline is exclusively reporting that Margot Robbie is now in negotiations to play Sharon Tate in Quentin Tarantino’s next film relating to the Tate–LaBianca Murders now titled Once Upon A Time In Hollywood.

Quentin Tarantino describes the film as a story that takes place in Los Angeles in 1969, at the height of hippy Hollywood, around the time of the murder of Tate and several others in a killing spree ordered by Charles Manson. The two lead characters are Rick Dalton, former star of a western TV series, and his longtime stunt double Cliff Booth. Both are struggling to make it in a Hollywood they don’t recognize anymore. But Rick has a very famous next-door neighbour…Sharon Tate.

News about the Charles Mansion/Sharon Tate film project came to light last summer, Deadline reported last July that Tarantino met with Margot Robbie and asked her to play the role of Sharon Tate for the project. Robbie, if a deal is agreed, will be joining already cast Leonardo DiCaprio and Brad Pitt.

Once Upon A Time In Hollywood is scheduled for cinematic release on the 9th August 2019.

2 responses to “Once Upon A Time In Hollywood: Margot Robbie In Talks To Play Sharon Tate”