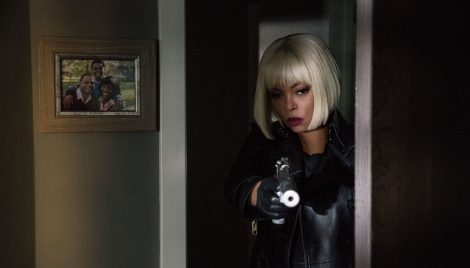 Mary is a hit woman working for an organised crime family in Boston, whose life is completely turned around when she meets a young boy whose path she crosses when a professional hit goes bad.

Proud Mary focuses on an assassin named Mary Goodwin, who one day gets ready to tackle her next target, a bookie named Marcus Miller. When Mary kills Marcus, she finds Marcus’s son in the apartment. Filled with guilt about that night, a year later Mary tracks down the young boy, Danny, and decides to take him under her roof. 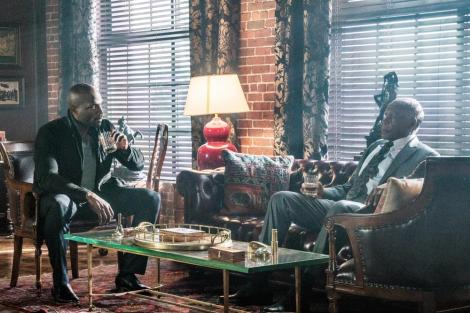 Proud Mary is an action thriller from director Babak Najafi (whose directed a few episodes of Banshee and London Has Fallen), based on a screenplay from John Stuart Newman, Christian Swegal and Steve Antin. The film focuses on hit woman Mary Goodwin, that works for an organised crime family in Boston. One day she goes on her next hit, to take out a bookie, she completes her hit and soon discovers that his son is in the apartment. Filled with guilt over what happened that night, she tracks down the son (named Danny) and as she helps him get out of a jam, it sets events into motion where not only is their lives in jeopardy, but a gang war could blow over.

At the forefront of the film is the dynamic between Mary and young orphan Danny and for me I thought the chemistry between Henson and Winston was believe as you can see and feel the special bond forming between them as they don’t take each other too seriously in how tongue-in-cheek she scolds him at times, to how he winds her up to the point of telling her that ‘you know I’m only messing right?’ Taraji P. Henson shines in the role of Mary, as we witness this assassin develop this maternal instinct through a long road of guilt and watching her feel conflicted and out-of-her depth in trying to hide Danny’s identity from Benny and Tom, while making sure she isn’t implicated in an assassination that sparks a potential war between the Russian mafia and her crime family. For the screen time that he has, I thought Billy Brown was fine as former lover/crime partner Tom, who’s actions throughout the film actually make sense for the character and you can sympathise and understand the situation he find himself by the end of the film. Also the films final act, a shootout sequence to the sound of Tina Turner’s ‘Proud Mary’ is expected (given the trailer a few months ago promoting the film), yet inspired.

While the performances from Winston, Brown and especially Henson, are really good, unfortunately for them the films execution let them down completely. It’s unclear whether this is primarily a creative or studio issue, but with the films runtime clocking in at under an hour and a half, you can certainly see that certain scenes have been chopped in the editing suite for time and there’s even one clip, of a car turning into the warehouse block of Benny’s base, that is reused at least three times. Cinematographer Dan Lausten and film editor Evan Schiff both worked on John Wick: Chapter Two and unfortunately I found the work from both of them here to be weak. There’s plenty of darkly lit scenes in the film and he has an eye for lighting coming through blinds and one pivotal scene involving Danny Glover, who is given the meatiest material to work with during said scene and is actually good during it as expected, isn’t as entirely effective as it should be as his face is mostly blocked out by the light so much, we can’t really see his facial expressions during the scene. As for Schiff, there’s plenty of scenes such as Mary and Danny bonding, and then there’s a few fight/shootout sequences before the final act, aren’t given enough time to breathe before rushing along to the next scene to get to that let the action and pace flow coherently. Babak Najafi has directed a few episodes of Banshee and the Olympus Has Fallen sequel London Has Fallen and I know that he can direct the hell out of action scenes, but here I found the action (before the final act) to be underwhelming. Also there is one scene involving Taraji P. Henson and Neal McDonough, jogging, with a score that I found to be too hilariously over the top in tone, but that might be just me that thinks that.

Proud Mary had the potential to be a nice action vehicle for Taraji P. Henson as she fully embraces the role of an assassin turned mother figure and while her character and performance are worthy of revisiting, the overall execution of the film just feels flat as an action thriller. The cinematography and editing is off, the action is mostly underwhelming and the characters feel underdeveloped. The film is saved by the performances from the main cast, particularly Henson, Winston, Brown and Glover, with the final acts action sequence at least letting Proud Mary end on a high note. 3/10