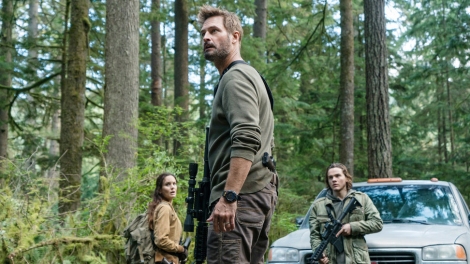 Media outlets are reporting that the USA Network has cancelled sci-fi drama Colony after three seasons.

The series is set in a not-too-distant future Los Angeles, where residents live under a regime of military occupation by an organisation known as the Transitional Authority, who serve an extraterrestrial group known as the ‘Hosts’, whom little is known about. Primarily the show focuses on the Bowman family, with the father Will, a former FBI agent,reluctantly joins the Redhats and is tasked with tracking down members of the resistance, after being threatened that he and his family would be sent to the Factory if he did not comply. What he doesn’t know however is that his wife, Katie, is a resistance operative.

The series was a strong ratings hitter for USA Network for its first two seasons, being the No. 1 scripted cable series on Thursday nights in total viewers through its first two seasons. However since it didn’t land the California tax credit for the third season, the show had to relocate production from Los Angeles to Vancouver, adjusting the story line to accommodate the move. It also didn’t help the show that ratings dropped during the course of its third season run, averaging 394,000 viewers, among adults 18-49 and 1.3 million total viewers. That was down 59 percent in the demo and 42 percent in viewers versus season two, making it the lowest viewing drama series on the network in the 18-49 rating demographic.