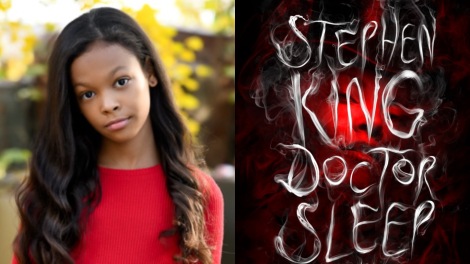 Deadline is exclusively reporting that Kyleigh Curran is the latest name to join the cast of the film adaptation of Stephen King’s Doctor Sleep, the sequel to The Shining.

The novel, released in 2013, focuses on Danny Torrance carrying the trauma of the events at the Overlook Hotel into adulthood. he’s become a reflection of his murderous father, with lingering rage and a drinking problem that dulls his pain as well as his ‘shining’ powers. His powers return however when he embraces sobriety and uses his gift to help the dying at a hospice. He establishes a psychic connection with a young girl who shares his extreme abilities, and who is being targeted by cult group led by Rose The Hat, who feed off the ‘steam’ created by young people who have a touch of the ‘shining’. It is an excruciating fatal process for the victims and Torrance finds himself in their crosshairs as he tries to help the young girl elude their grasp.

Kyliegh Curran (whose only other credit is I Can I Will I Did) will be playing the role of Abra Stone, a girl who has the gift of ‘The Shining’, which makes her a main target of the cult.