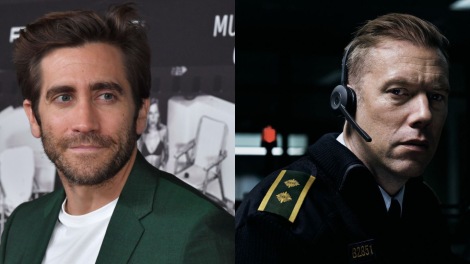 Variety is exclusively reporting that Bold Films and Jake Gyllenhaal and Riva Marker’s production company Nine Stories have acquired the rights to remake the Danish thriller The Guilty, with Gyllenhaal set to star in the lead role.

The Guilty focuses on alarm dispatcher Asger Holm answers an emergency call from a kidnapped woman. When the call is suddenly disconnected, the search for the woman and her kidnapper begins. With the phone as his only tool, Asger enters a race against time to save the endangered woman. But soon he realizes that he is dealing with a crime that is far bigger than he first thought.

The Danish thriller won the world cinema audience award at Sundance Film Festival this year and was also named one of the top five foreign language films of 2018 by the National Board of Review. The film is also Denmark’s entry for the foreign-language at the upcoming Oscars and is also nominated for Best Screenwriter and Best Actor at the European Film Awards.

We saw The Guilty at Sundance and were blown away. Möller’s film masterfully weaves tension into an acute character study, and is exactly the kind of material that Nine Stories is excited to develop. We are honored to be able to adapt it for American audiences alongside Bold Films.

We are thrilled to acquire this great IP for Jake. It’s a terrific vehicle for him to craft a super taut, elevated thriller.

We are super excited about this collaboration and we look very much forward to continue the amazing journey with The Guilty.

Gyllenhaal and Marker will serve as producers on the producer alongside Michel Litvak, Gary Michael Walters, David Litvak and Svetlana Metkina. The original film’s co-writer/director Gustav Möller and producer Lina Flint will serve as executive producers.

The Guilty is one of my favourite films of the year so to here that the film rights for getting the Hollywood treatment has been snapped up this quick doesn’t come as a surprise, yet I can’t help but feel disappointed that it’s just gone under the radar. Though this is definitely great material for Gyllenhaal to sink his teeth into, it’ll be interesting to see who they attach to direct.

3 responses to “The Guilty: Jake Gyllenhaal To Star In Remake Of Danish Thriller”