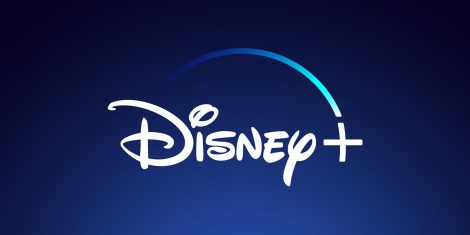 The studio also released a demo video of the interface and how to navigate on screen, which pretty much has a similar look and feel to Netflix. The service will come with customised settings and individual profiles, including the option to create a custom avatar with characters from the Disney library.

In terms of where the Disney+ app can be accessed, it was revealed that the app will aiming to become available on as many platforms as possible, including consoles such as PlayStation, Xbox and even the Nintendo Switch. A deal has already been struck with PlayStation for the app to be available on launch day (US only of course), whilst no dates were revealed for when it will become available on Xbox and Switch. 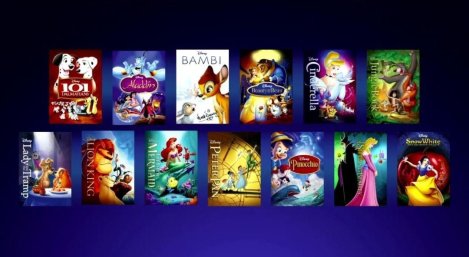 Disney will be offering some of its ‘Signature Collection’ classics to be available for launch day, including Sleeping Beauty, The Little Mermaid, Bambi and Snow White And The Seven Dwarfs.

From the acquisition of 20th Century Fox, people were speculating as to what Disney would do with the behemoth animated series The Simpsons. Not only will the series be an exclusive for the streaming service, but all thirty (30!) seasons will be available from launch day on the streaming service. 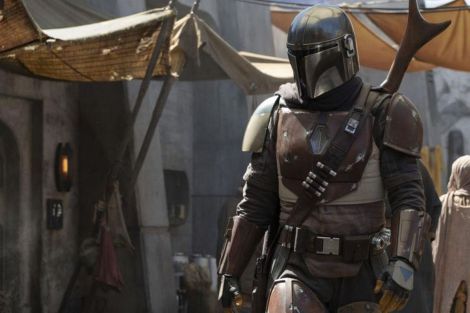 In terms of Star Wars content for the streaming service, we know that Disney is developing an untitled live-action series focusing on Rogue One’s Cassian Andor that will star Diego Luna and Alan Tudyk, aiming to have it be available on Disney+ in its second year after launch. The first live-action Star Wars series from Jon Favreau, The Mandalorian, will become available on launch day. The animated series Star Wars: The Clone Wars, will be making its welcome return via the streaming service within the first year. Also revealed by Lucasfilm President Kathleen Kennedy, the two sets of Star Wars trilogies (Ep 1-3 and 4-6), as well as The Force Awakens, Rogue One and The Last Jedi, will be available on launch day and that all Star Wars films will become available in the first year of launch.

The majority of Pixar’s films will be available from launch day, with the aim to have all Pixar films available in the first year, as well as include all their theatrical shorts. There will be new shorts from Pixar appearing on the streaming service, with Toy Story 4 character Forky getting his own short Forky Asks A Question, as well as old favourite Bo Peep getting her own short titled Lamp Life, with the former available on launch day and the latter aimed to be released in the first year.

While Disney is going through a phase of going through their animated film catalogue and retelling it for new audiences in live-action adaptations, it was announced that the upcoming live-action film Lady And The Tramp (starring Tessa Thompson and Justin Theroux) being available to watch on launch day, while other features include Noelle, starring Anna Kendrick, The Phineas and Ferb Movie, the film adaptation of the New York Times best-selling Young Adult novel Stargirl and Tom McCarthy’s film adaptation of Stephan Pastis’s novel series Timmy Failure, which are aimed to be released in the first year.

The National Geographic will also be a big fixture in the Disney+ library, rolling 250+ hours worth of content at launch, including the 2019 Oscar and BAFTA Best Documentary winner Free Solo. Their series The World According to Jeff Goldblum will premiere at launch. 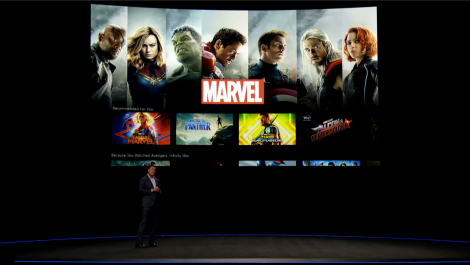 On the Marvel side of things, the Marvel Studios series that were officially confirmed were Loki, the Sam Wilson and Bucky Barnes series titled The Falcon and The Winter Soldier, as well as the Scarlet Witch and Vision series oddly titled WandaVision. Not confirmed though reported the last few days has been a Hawkeye series. Also announced was the animated series of Marvel’s What If, inspired from the comic books of the same name. Each episode will explore a pivotal moment from the Marvel Cinematic Universe and turn it on its head, leading the audience into uncharted territory, with the opening episode focusing on Peggy Carter getting the super-soldier serum instead of Steve Rogers.

Here is the full list of details about the films, television series, short and documentaries that you need to know about that will be coming onto the Disney+ streaming service.

Disney+ will serve as the exclusive streaming home of Walt Disney Studios films beginning in 2019 including:

By the end of year one, Disney+ will house more than 7,500 episodes of television and 500 movies. Below is a sampling of content available at launch: