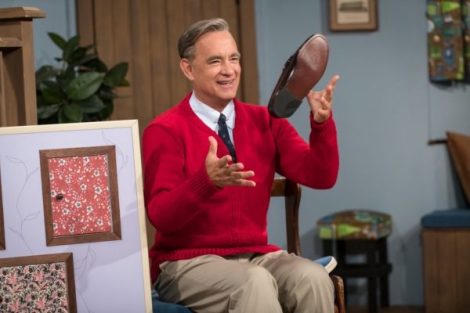 Sony Pictures have released the official trailer for the upcoming Fred Rogers biopic A Beautiful Day In The Neighborhood.

Tom Hanks portrays Mister Rogers in A Beautiful Day in the Neighborhood, a timely story of kindness triumphing over cynicism, based on the true story of a real-life friendship between Fred Rogers and journalist Tom Junod. After a jaded magazine writer is assigned a profile of Fred Rogers, he overcomes his scepticism, learning about empathy, kindness, and decency from America’s most beloved neighbour.

A Beautiful Day in the Neighborhood is scheduled for cinematic release on the 22nd November 2019.