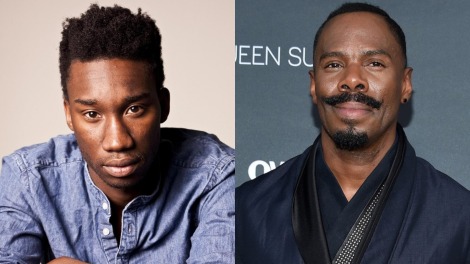 Deadline is exclusively reporting that Nathan Stewart-Jarrett and Colman Domingo are the latest names to join the cast of MGM’s upcoming horror reboot Candyman.

The original film, released in 1992, focused on a University of Chicago student named Helen Lyle visits the housing projects of Cabrini Green, looking to find out more information about the legend of the Candyman who supposedly appears (whenever someone looks into the mirror and repeats his name five times) to slash his victims with a metal hook. As Helen witnesses the atrocities for herself, she’s horrified to learn that he wants her to join him in his afterlife dimension.

The retelling is touted as a spiritual sequel by the studio, as it will return to the neighbourhood where it all began…a now-gentrified section of Chicago where the Cabrini Green housing projects once stood.

Nia DaCosta will be directing, Jordan Peele producing, and the new additions will join Yahya Abdul-Mateen II and Teyonah Parris. The film, which has begun principal photography this week, is being shot entirely throughout various locations in Chicago.

Candyman is scheduled for cinematic release on the 12th June 2020.

One response to “Candyman: Nathan Stewart-Jarrett And Colman Domingo Join Cast For Reboot”