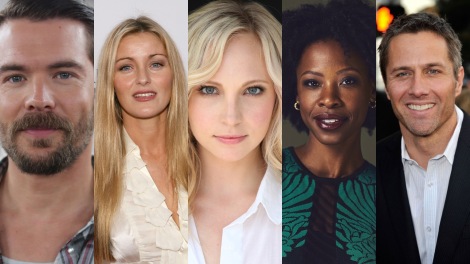 Deadline is exclusively reporting that Charlie Weber, Louise Lombard, Candice King, Karimah Westbrook and Rob Estes are the latest names to join the cast of the After sequel After We Collided.

After focuses on the journey of self-discovery and sexual awakening of Tessa, a dedicated student, dutiful daughter and loyal girlfriend to her High School sweetheart. When she enters her first year of University with grand ambitions for her future, her guarded world opens when she meets the dark and mysterious Hardin Scott, a brooding rebel.

The sequel novel continues their tumultuous relationship and get a bombshell revelation about the origins of their relationship as well as Hardin’s mysterious past, with Tessa unsure about whether she can endure one more broken promise.

The 2019 film was made for $14m and at the worldwide box office it earned just under $70m. Anna Todd will be producing for the sequel alongside Jennifer Gibgot, Wattpad’s Aron Levitz and Eric Lehrman, CalMaple’s Mark Canton and Courtney Solomon. Voltage’s Jonathan Deckter and Nicolas Chartier will serve as executive producers alongside Andrew Panay. Todd will be writing the script for the sequel alongside Mario Celaya, with Roger Kumble in the directors chair.

After We Collided commences production this month.

One response to “After We Collided: Charlie Weber, Louise Lombard, Candice King, Karimah Westbrook And Rob Estes Join Cast For After Sequel”