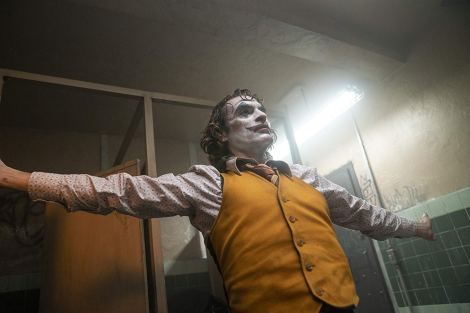 A gritty character study of Arthur Fleck, a man disregarded by society.

Joker centers around an origin of the iconic arch nemesis and is an original, standalone story not seen before on the big screen. Todd Phillips’ exploration of Arthur Fleck, a man disregarded by society, is not only a gritty character study, but also a broader cautionary tale.

Joker is co-written by Todd Phillips and Scott Silver, with the former also helming the film, which focuses on Batman’s famous archenemy. We follow Arthur Fleck, a clown-for-hire who lives with his mother in Gotham City, which is currently on the brink of collapse due to the financial gap between the working and upper class, as well as the rise in unemployment and crime. Through the course of the film we witness Arthur’s descend into madness and follow his transformation into one of the most recognisable villains of all time.

I’ll admit, when it was reported over two years ago that Warner Bros. were developing a Joker origin standalone film, which was going to be directed by the man whose filmography was mostly a comedy background (Road Trip, Old School and The Hangover Trilogy) I was not at all keen on the idea, but Joaquin Phoenix being brought into the lead role had me intrigued at least. After the festival circuit hype, the controversy surrounding it (primarily media fear mongering), and Todd Phillips saying things that are causing people to roll their eyes (woke culture cancelling comedy films is part of one interview he talks about that’s doing the rounds online), Joker finally arrives to audiences this weekend and I found myself enthralled by the character journey right to the films end credits. Here Gotham feels a character in itself, totally lived in and for the film time since arguably the Tim Burton Batman films, feels like a melting pot of violence, chaos and moral corruption. A lot of hype surrounds Joaquin Phoenix performance in the lead role and, for me, I thought Phoenix was absolutely terrific as Arthur Fleck, a man whose absolutely unhinged, pitiful, yet you initially sympathise with as you see him get beat up in the opening minutes of the film. Phoenix commits completely in the role, from the weight-loss to his demeanour in interacting with others around him, how the ‘Joker laugh’ is defined here and I think it works perfectly for the film, and how the second half of the film is filled with tension as you aren’t exactly sure just when Arthur will snap. The film plays with the comic mythology and while some will still be adamant about this character should never be given an origin film, I thought this particular take on what it could be was well handled. Hildur Guðnadóttir’s score works tremendously with the film, as does Lawrence Sher’s cinematography.

I thought the Arthur/Sophie angle was pretty much underdeveloped, and pretty much with the film resting entirely on Phoenix’s shoulder, the rest of the ensemble aren’t given much time with their roles but do a solid job (I believe that more scenes involving Shea Whigham and Bill Camp were left on the cutting room floor). While Guðnadóttir’s score is terrific, the soundtrack itself has some questionable timing in how it fits with certain scenes, whilst there’s one song choice that will piss people off in regards to who its by and the fact it’s used for a key scene, I can’t tell if it’s a deliberate troll moment at the audience from Phillips and co. or just an ill advised song choice. The film tackles topics such as mental health, health care funding, society as a whole and it raises more questions than providing probable answers, which means that the film will feel empty for some and that its much about nothing.

Helped by Hildur Guðnadóttir’s terrific score and Lawrence Sher’s cinematography, Joaquin Phoenix gives a terrific performance as one of the most iconic villains. The film is bleak, though not as violent as it’s been hyped up to be.