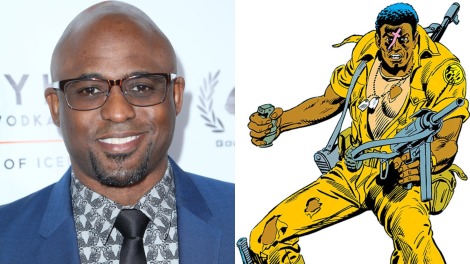 Variety is reporting that Wayne Brady has landed a recurring role in the third season of CW-DC drama series Black Lightning.

The story of Black Lightning focuses on Jefferson Pierce, a man who hung up the suit and his secret identity years ago but with a daughter hellbent on justice and a star student being recruited by a local gang, he’ll be pulled back into the fight as the wanted vigilante and DC legend Black Lightning. His two daughters also would follow in his superhero footsteps, with Anissa Pierce becoming Thunder and Jennifer Pierce becoming Lightning.

Wayne Brady (whose recent credits include Colony and The Bold and the Beautiful) will be recurring as Tyson ‘Gravedigger’ Sykes, a World War II-era member of the U.S. military who became a super soldier after a secret experiment gifted him with enhanced strength, agility, tactical genius, and hand-to-hand combat expertise. After the war, Sykes defected to the country of Markovia rather than return to a segregated America.