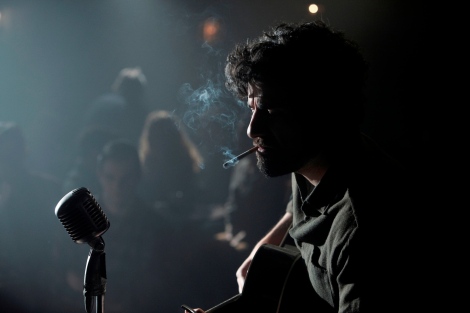 DIRECTED BY: The Coen Brothers

A week in the life of a young singer as he navigates the Greenwich Village folk scene of 1961. 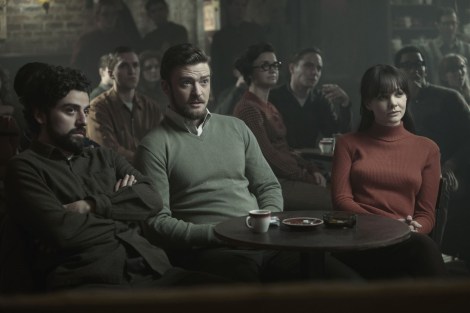 Follow a week in the life of a young folk singer as he navigates the Greenwich Village folk scene of 1961. Guitar in tow, huddled against the unforgiving New York winter, he is struggling to make it as a musician against seemingly insurmountable obstacles, some of them of his own making. 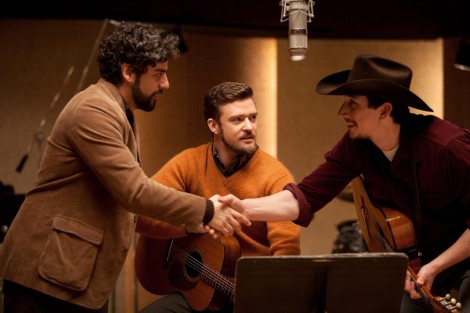 Inside Llewyn Davis is a 2013 musical comedy-drama hybrid written and directed by Ethan and Joel Coen starring Oscar Isaac as the title character. we focus on Llewyn Davis struggling to make ends meet in Greenwich Village, New York 1961. He’s a folk singer struggling to make money off his latest record, is crashing on the couches of friends and acquaintances each night as he tries to make ends meet by gigging at the Gaslight. As we learn of Llewyn’s musical backstory, we witness how he pins his hopes of auditioning for famed impresario Bud Grossman and hitches a ride to Chicago that leads to more mishaps for him.

I can’t mind exactly why I’ve held out from seeing this film for so long, but I was scrolling through my Amazon Prime watchlist and forgot that it was on there and decided to finally sit down and spend an hour and forty-five minutes in the company of Llewyn Davis. From the opening shot to the opening song, performed in full by Oscar Isaac, I was immediately entranced and the film never lost its grip with me. Llewyn is a singer-songwriter that acts on the impulse rather than letting himself have time to think when it comes to his entrepreneurship skills as he accepts making quick cash doing a day’s work rather than gain royalties on a potential novelty hit single. There’s several other examples over the course of the film where we follow his journey where we witness that, while talented, he’s pretty much self-sabotage’s any potential outs of his plight to the point that when one character he encounters threatens to put a curse on him, the joke turns on that no curse could make Llewyn’s misfortune’s and his life worse than what they are. There’s some elements of the story that hits particularly close to home, in regards to how we learn that Llewyn is attempting to make a name for himself as a solo artist as he was initially part of a duo and that person committed suicide and we see how Llewyn handles that (or lack of) whenever it comes to a scene at a dinner table. It’s low-key in how its handled but yet the scene is an effective gut-punch as you initially feel the pain in his tone before he turns that pain into anger and it’s felt again in the films climatic performance.

“I’m tired. I thought I just needed a night’s sleep but it’s more than that.”

The film is so beautifully shot and lit, especially in the scenes at the Gaslight Cafe, with wonderful cinematography from Bruno Delbonnel. I’m especially mesmerised by the sequence of seeing a cat experiencing the rush of being a train as it focuses on the brief flashes of light and various platforms. Oscar Isaac is absolutely terrific as Llewyn Davis, a nearly-man who is a bit of an asshole, but can admit when he is. He carries this film on his shoulders and it is still quite simply his best performance so far. The rest of the ensemble get their chance to shine too, such as Carey Mulligan as Jean who constantly tears Llewyn apart, Ethan Phillips and Robin Barlett as the Gorfein’s who provide Llewyn a place to crash when he’s out of other options.

Inside Llewyn Davis is a beautifully crafted film, in its direction, cinematography and choices in the musical sequences, with an emotionally engaging story of a nearly-man whose inner turmoil with himself leads to self-sabotaging his own ambitions. The ensemble is great, but this is Oscar Isaac at his absolute best here as the title character. It’s arguably my favourite Coen Brothers film next to Miller’s Crossing.