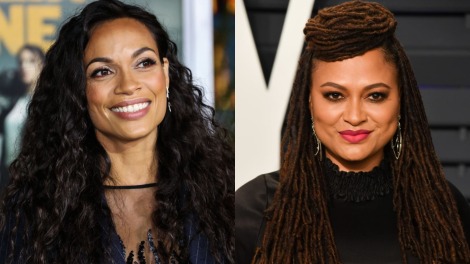 Deadline is exclusively reporting that Rosario Dawson has signed up for the lead role in the HBO Max pilot for DMZ, which is based on the DC Vertigo comic book series from Brian Wood, and Ava DuVernay will be directing and executive producing on the project.

DMZ takes place in the near future where America is embroiled in a Civil War, leaving Manhattan a demilitarised zone (hence DMZ), destroyed and isolated from the rest of the world.

Rosario Dawson (whose recent credits include Luke Cage and Briarpatch) will be playing the role of Alma Ortego, a fierce medic who goes on a harrowing journey of saving lives while desperately searching for her lost son. As she contends with the gangs, militias, demagogues and warlords that control this lawless no man’s land, she becomes the unlikely source of what everyone here has lost…hope.

The DMZ comic series was first published in late 2005 and reached its conclusion in early 2012, running for seventy-two issues. Ava DuVernay’s Array Filmworks will be producing the potential series in association with Warner Bros. Television, while Roberto Patino is attached to be showrunner as well as serve as executive producer.

2 responses to “DMZ: Rosario Dawson Cast As Lead For Pilot Based On DC Vertigo Comic Book Series From Ava DuVernay At HBO Max”