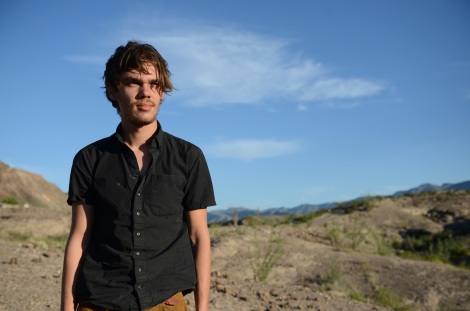 The life of Mason, from early childhood to his arrival at college.

Mason lives with this mother and his sister Samantha, while his father Mason Sr. is still around but him and his mother aren’t together. Through the years we watch this family change dynamic with new partners for the parents and the stories that go with it unfold through the eyes of Mason and also how these moments and milestones affect him.

In 2002, filmmaker Richard Linklater decided to shoot an untitled film that would tell the story of a parent/child relationship that follows a young boy from the first through to the twelfth grade and end with him going to college, shooting this a few weeks annually in his home city of Houston for a twelve year period. The finished article is 2014’s Boyhood. We follow the childhood journey of young Mason Evans Jr., witnessing the moments that help shape his personality, character and what makes him become the young man he does heading off to college. There’s no general outline of a plot over the film that takes you from A to B, but the way that we follow Mason’s journey through life is so originally done it’s so engaging as we witness these simple moments and milestones in his life that could be utterly meaningless or they could mean everything into building the foundations that will shape him into what he grows up to become later in his life. It’s a testament to the way Linklater directed the film that even with a runtime of two hour and forty-five minutes, I still want to see how Mason’s life turned out. Boyhood does come with a certain ball of nostalgia (and a killer soundtrack), the cinematography from Lee Daniel and Shane F. Kelly, with the film well edited by Sandra Adair, especially in the way that she makes the transitions of the yearly changes feel organic. Ellar Coltrane gives a good performance, particularly in the younger years as Mason Jr., while the strength of the film comes in the performances of his parents. Patricia Arquette is great as his mother Olivia, as we see how hard she tries to work and maintain long-lasting relationships whilst raising two children and how that comes together in her final moments with Mason as he packs his things to move out for college. Ethan Hawke is also really good as Mason Sr., especially as we see how he goes through his own journey of maturity as the film progresses.

FAVOURITE SCENE: Mason heads with his roommate Dalton, his girlfriend Barb, and Barb’s roommate Niclole to Big Bend Ranch State Park. As Dalton and Barb are off in the distance, Nicole and Mason have a moment talking about rather than people seizing moments, it’s moments that seize people. It’s a nice, full circle moment to the point of the film and the journey we’ve went through with Mason. Absolutely love the ending of Boyhood.

FAVOURITE QUOTE: “I wish I could use the bumpers…

You don’t want the bumpers, life doesn’t give you bumpers.” – Mason Jr. and Mason Sr.

DID YOU KNOW: Boyhood (2014) is one of only 11 movies to receive a Metascore of 100, the highest possible score that can be attained from professional movie critics on the review aggregate Metacritic, and so far the only film to receive this score upon its original release.