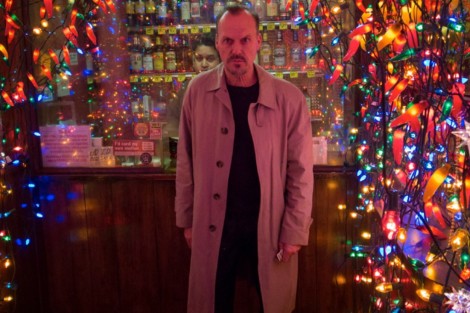 A washed-up superhero actor attempts to revive his fading career by writing, directing, and starring in a Broadway production.

Birdman or (The Unexpected Virtue Of Ignorance) is a 2014 black comedy from director Alejandro González Iñárritu that tells the story of an actor named Riggan Thomson, famous for portraying the iconic superhero Birdman, who is now trying to reinvent himself by writing, directing and starring in a Broadway production of ‘What We Talk About When We Talk About Love. In the days leading up to opening night, the production is hit with one disaster after another as an actor gets injured, his replacement and draw is way to method with his technique and Riggan’s mental state begins to reach breaking point as he battles his ego and also attempts to recover his family, his career, and himself.

I found Birdman to be a deeply immersive film, being completely captivated by Alejandro’s direction as its meant to feel like its done in one long continuous shot as the actors verbally bounce off each other as we follow this journey of a superhero movie star attempting to reinvent himself and gain further credibility he desperately wants and we witness his stress and anxiety levels escalate to boiling as we get to the grand opening of his self-financed Broadway stage production of a Raymond Carver story. After all, he doesn’t want to get rid of his celebrity status, he wants to solidify it, make it classier, and he seems to yearn for the acclaim of strangers more so than the love of his ex-wife and daughter. The editing from Douglas Crise and Stephen Mirrione is seemless, the cinematography from Emmanuel Lubezki is terrific, and the drum score from Antonio Sanchez works well for the film, though I do understand some people can find it ‘distraction’ or ‘repetitive’. What I also enjoyed about the film is that it’s more than just being about Riggan’s battling his own issues, but the ensemble around him as they have to battle with their own inner struggles: Sam having to overcome her drug addiction, Mike and his sexual issues in life outside of the stage, and Lesley looking to chase her dream of being known as a Broadway actress. The performances amongst the cast are terrific, with Michael Keaton giving a performance that reminded everyone, incase they forgot, that he’s an astounding dramatic actor, Emma Stone letting us know with her performance that she hold her own amongst the bigger names (at that time) and provide so much humour and emotion in a limited amount of screentime, and Edward Norton reminding us that he can also poke some fun by playing the satirical version of himself.

FAVOURITE SCENE: Riggan approaches highly influential theater critic Tabitha Dickinson at the local bar and the two come to blows with their views on the other.

FAVOURITE QUOTE: “Oh, look at me! Look at this! I look like a turkey with leukemia. I’m fucking disappearing.” – Riggan Thomson

DID YOU KNOW: Given the unusual style of filming long takes, Edward Norton and Michael Keaton kept a running tally of flubs made by the actors and actresses. Emma Stone made the most mistakes. Zach Galifianakis made the fewest. He actually did mess up a few lines during the filming, but played his mistakes off well enough, that the shots were included in the film.