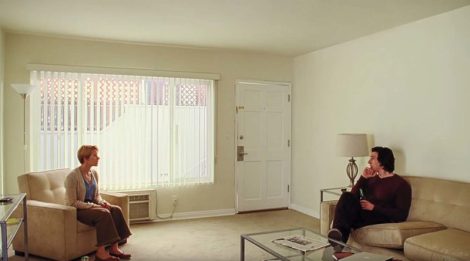 Noah Baumbach’s incisive and compassionate look at a marriage breaking up and a family staying together.

Noah Baumbach’s Marriage Story focuses on Nicole and Charlie Barber, a couple that are experiencing marital problems. With Charlie being a successful theatre director in New York, Nicole is offered a starring role in a television pilot in Los Angeles, moving out to temporarily live with her mother. Despite agreeing to split amicably, truths are discovered, accusations are made, bitter resentment grows as divorce lawyers begin to take over and things get messy as the couple try to shield their eight-year-old son Henry.

I’ll probably get a bit of hate from Film Twitter for this, but Marriage Story is the first (and only thus far) Noah Baumbach film that I have watched, it was an interesting film that almost plays out like a comedy initially, before it enters dramatic horror in how the marriage breaks down and enters bitterness once the lawyers get involved. As we open with the couple reading (to the audience) the qualities that they love about their other half, and making it come across as the perfect relationship of balance, we visually see how hostile their relationship feels as they’re sitting with the mediator and we also see how the testimonies are then used as ammunition as the film progresses. While the legal procedure of divorce heavily controls the narrative of the story, there is some comedic elements in it, such as the mishandling of how Nicole instructs her sister, Cassie, to serve the divorce papers to Charlie, whilst also having a go at her mother for continuously being in communication with her soon-to-be ex-husband. With the companionship the two show each other, you would hope for a reconciliation but not in the way as you expect as we see how self-interest breaks down their love and the film becomes equal parts frustrating and heartbreaking as we see how they know each others quirks, yet little about their wants and needs. The film is wonderfully directed by Noah Baumbach, with lovely cinematography work by Robbie Ryan, and Randy Newman’s score is wonderful. The screenplay from Baumach is elevated by the performances of the ensemble. Scarlett Johansson and Adam Driver are nuanced in their roles and play off each other tremendously on screen, especially in the scene when their bitterness between each other boils over. Laura Dern is a scene stealer as divorce lawyer Nora Fanshaw, which earned her multiple awards in the Best Supporting Actress categories and deservedly so. Ray Liotta is great as brash lawyer Jay Marotta, Julie Hegarty is hilarious as Nicole’s mother Sandra and Alan Alda is perfect as Bert Spitz, the softening influence for Charlie as his first divorce lawyer.

FAVOURITE SCENE: Believing that everything has gotten out of hand with the lawyers, Nicole hopes to talk things out with Charlie at his apartment, leading to the conversation turning into a vicious argument that feels completely organic due to the performances by Scarlett Johansson and Adam Driver.

FAVOURITE QUOTE: “Getting divorced with a kid is one of the hardest things to do. It’s like a death without a body.” – Bert Spitz