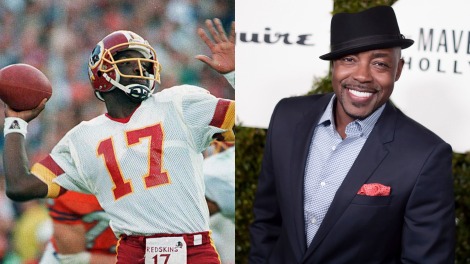 Deadline is exclusively reporting that Will Packer Productions have secured exclusive rights to begin developing a sports film biopic on Doug Williams, the first black quarterback to win the Super Bowl in 1988.

The biopic will chart Doug Williams’ career and his extraordinary journey to the top of the NFL, where he was known as a great leader beloved by his teammates. It will also explore how Williams helped shatter the myth that African-American passers didn’t have the skill-set to win at the sport’s highest level.

Doug Williams was named Black College Player of the Year twice, and then become the first black quarterback ever to be taken in the first round of the NFL draft. He became the only starting black quarterback in the NFL when he debuted for the Tampa Bay Buccaneers, but also becoming the lowest-paid quarterback in the league behind even a number of backup quarterbacks. After a stint in the USFL (United States Football League), Williams went to play for Washington Redskins, ultimately becoming a record-breaking MVP in their Super Bowl win over the Denver Broncos.

Will Packer released a statement saying:

As NFL players today raise their voices around the fight for justice and equality, none stood taller than Doug Williams, who proved once and for all that the notion of an African American being ill equipped to play quarterback was nothing more than a fallacy. Doug’s inspirational story will positively impact fans of all ages for years to come.

There are no better individuals than Will Packer and James Lopez to really tell my story. Their unparalleled success in moviemaking ensures that my journey will be told with the upmost authenticity. I am very excited to be working with Will Packer Productions.

Will Packer will be producing under his banner alongside James Lopez, while currently the project is seeking out to find a writer.