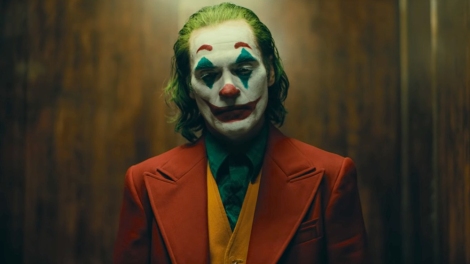 In Gotham City, mentally-troubled comedian Arthur Fleck is disregarded and mistreated by society. He then embarks on a downward spiral of revolution and bloody crime.

Joker is a standalone origin story about Batman’s iconic arch nemesis The Joker. We follow Arthur Fleck, a clown-for-hire and an aspiring comedian who lives with his mother in Gotham City, which is currently on the brink of collapse due to the financial gap between the working class and the upper class, as well as the rise in unemployment and crime. Through the course of the film, we witness Arthur’s descend into madness and follow his transformation into becoming one of the most recognisable villains of all time.

Todd Phillips’ take on the Joker would not only be divisive amongst the film community whenever it came out last year (you either liked it or didn’t like it, there didn’t seem to be a middle ground at the time), but it also raised some concerns, primarily in the United States, leading up to its release with the U.S military warning service members that the film could inspire potential violence, even a mass shooting, due to the characters popularity with the incel community, leading to increased police security at theatres and a few cancelling screenings due to ‘credible threats’. Whether or not this sparked a greater interest in people seeing the film is still unclear, though it definitely it reach it making over one billion dollars at the worldwide box office. When it was initially reported that Warner Bros. was looking to bring a Joker origin story to the big screen, I wasn’t for the project, and I was definitely bemused that Todd Phillips ended up being attached to direct. Road Trip, Old School, The Hangover Trilogy and now Joker? I just couldn’t picture it my head…not until Joaquin Phoenix was cast in the role that it kept my intrigue on the project, then the promotional material started coming out and once I had the chance to see the film on the big screen, I could totally understand why some people didn’t like it as it is bleak from start to finish, but I was completely captivated by it, through Hildur Guðnadóttir’s haunting and award-winning score, as well as Joaquin Phoenix’s award-winning performance as Arthur Fleck, who demands your attention as he commands the screen with his performance. While the Martin Scorsese influences are on full display in the film, I enjoyed this interpretation of the clown prince of crime, a man that you initially sympathise with as he gets beat up during the opening minutes of the film, yet that sympathy quickly disappears as we see how unhinged Arthur truly is, and how Gotham feels like a character in itself, a melting pot of violence that’s just ready to erupt, which is captured really well with Lawrence Sher’s cinematography. For the skepticism I had with Phillips directing, I thought he done well with his direction in setting the tone and mood of the film throughout. While Phoenix takes up the majority of the screentime, I liked Frances Conroy as Arthur’s mother Penny, and Robert De Niro as talk show host Murray Franklin, who Arthur hopes of one day meeting and being on his show.

FAVOURITE SCENE: For me, there’s just something striking and unsettling about Arthur Fleck doing a contemporary dance after killing three people in the subway, no longer being Arthur and becoming the Joker. I think it’s Guðnadóttir’s score that elevates that moment for me.

FAVOURITE QUOTE: “You don’t listen, do you? I don’t think you ever really hear me. You just ask the same questions every week. “How’s your job?” “Are you having any negative thoughts?” All I have are negative thoughts.” – Arthur Fleck

DID YOU KNOW: Joaquin Phoenix based his laugh on videos of people suffering from pathological laughter. He also sought to portray a character with which audiences could not identify.