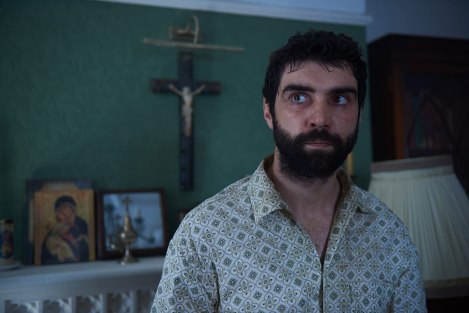 Magnolia Pictures have released the official trailer for the upcoming horror film Amulet.

Amulet follows Tomaz, a former soldier who is left homeless after an accident and takes refuge in the decaying home of Magda, a lonely young woman in desperate need of help as she cares for her ailing mother. At first hesitant, Magda soon welcomes Tomaz into their lives. But as he gets closer to and begins to fall for Magda, Tomaz notices strange and unexplainable phenomena. Something seems very wrong with the mysterious old woman who never leaves the top floor, and Tomaz begins to suspect that Magda may in fact be a prisoner to her otherworldly bidding.

The film is written and directed by Romola Garai and stars Alec Secareanu, Carla Juri, Imelda Staunton and Angeliki Papoulia.

Amulet is scheduled to be released On Demand on the 24th July 2020.