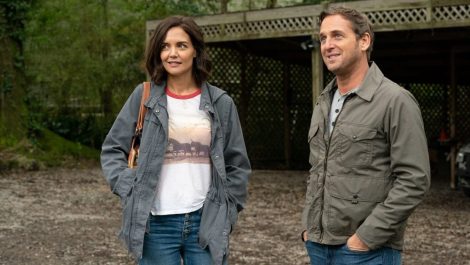 Lionsgate have released the official trailer for the upcoming drama The Secret: Dare to Dream, a film adaptation of Rhonda Byrne’s bestselling novel The Secret.

The Secret: Dare to Dream follows Miranda, a young widow trying to make ends meet while raising her three children and dating her boyfriend. A devastating storm brings an enormous challenge and a mysterious man, Bray, into Miranda’s life. Bray reignites the family’s spirit but, unbeknownst to Miranda, also holds an important secret — one that will change everything. With its timeless messages of hope, compassion, and gratitude, The Secret: Dare to Dream is an inspiring and heartwarming film that shows how positive thoughts can transform our lives.

The Secret: Dare To Dream will become available On Demand via AppleTV on the 31st July 2020.