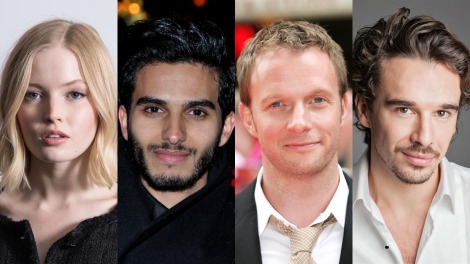 Deadline is exclusively reporting that Ellie Bamber, Mehdi Dehbi, Rupert Penry-Jones and Edward Akrout are set to star in the coming-of-age drama Prisoners of Paradise, which is currently being aimed to commence production on location in Mauritius this September.

Prisoners of Paradise will be set in 1925, focusing on seventeen-year-old orphan Lucy Gladwell who is sent from England to live under the guardianship of her uncle George Huyton. Initially seduced by the sumptuous beauty of her surroundings, Lucy finds herself at odds with her violent uncle who is not the warm-hearted influence he pretends to be, and she soon falls in love with Krishna, a labourer working on a nearby plantation.

Producer and screenwriter on the project, Alan Govinden, released a statement saying:

I’m thrilled and truly overwhelmed that we have attached such exciting and talented actors for this beautiful film. Prisoners Of Paradise is a project close to my heart, so I’m delighted to have also secured the wildly talented Mitch Jenkins as our director. We are thrilled to be shooting in Mauritius with its stunning landscape, wonderful crew and rich history all combining for a movie I can’t wait to bring to screens around the world.

The report notes that Mauritius has managed to avoid major COVID outbreaks to date as they’ve recorded ten COVID-related deaths since the pandemic began, and currently has two active cases. The film is written by Alan Govinden and Jason Wingard, with Mitch Jenkins set to direct.

One response to “Prisoners Of Paradise: Ellie Bamber, Mehdi Dehbi, Rupert Penry-Jones And Edward Akrout To Star In Coming-Of-Age Drama”