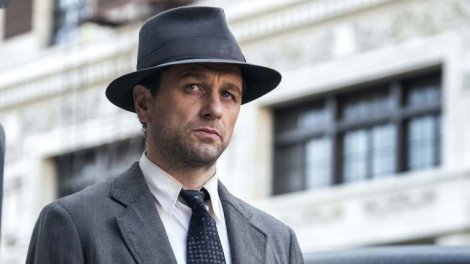 Media outlets are reporting that HBO have renewed drama series Perry Mason for a second season.

1931, Los Angeles. While the rest of the country struggles through the Great Depression, this city is booming! Oil! Olympic Games! Talking Pictures! Evangelical Fervor! And a child kidnapping gone very, very wrong. Based on characters created by author Erle Stanley Gardner, this drama series follows the origins of American fiction’s most legendary criminal defense lawyer, Perry Mason. When the case of the decade breaks down his door, Mason’s relentless pursuit of the truth reveals a fractured city and just maybe, a pathway to redemption for himself.

It has been an exciting journey to work with the immensely talented team behind Perry Mason. Viewers have relished being transported back in time to 1930’s Los Angeles each week, and we are thrilled to welcome the show back for a second season.

The series is based on the short stories and novels written by Erle Stanley Gardner, and stars Matthew Rhys, Tatiana Maslany, John Lithgow, Chris Chalk, Shea Whigham and Juliet Rylance.