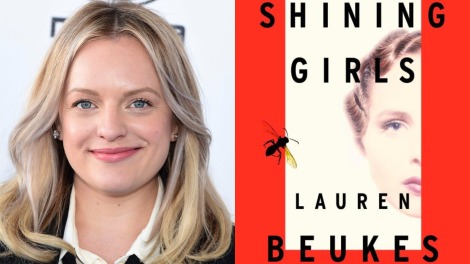 Deadline is reporting that Apple have given a series order to Shining Girls, a thriller based on Lauren Beukes’ best-selling novel The Shining Girls, which will star Elisabeth Moss, who will also be executive producing alongside Leonardo DiCaprio’s Appian Way.

The 2013 novel is set in Depression-era Chicago, focusing on a drifter named Harper Curtis, who must murder the ‘shining girls’, women who burn with potential, in order to continue his travels.

Elisabeth Moss (whose recent credits include The Invisible Man and The Handmaid’s Tale) will be playing the role of a Chicago reporter who survived a brutal assault only to find her reality shifting as she hunts down her attacker.

The series is being adapted by Silka Luisa, who will also serve as showrunner and executive producer. Elisabeth Moss will be producing under her Love & Squalor Pictures banner, alongside Lindsey McManus. Leonardo DiCaprio will executive produce alongside Jennifer Davisson under the Appian Way banner, with Lauren Beukes and Alan Page Arriaga also executive producing.