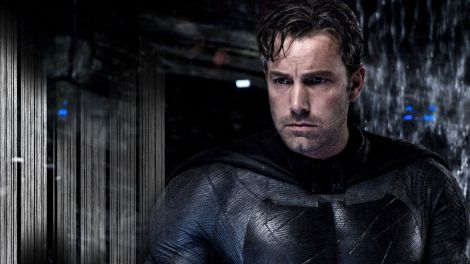 VanityFair is exclusively reporting that Ben Affleck will reprise the role of Bruce Wayne and Batman one more time for the upcoming DC standalone film of The Flash.

Currently at this moment in time, Ezra Miller is still attached as Barry Allen aka The Flash, with Andy Muschietti attached to direct and that we should learn more about the film at this weekends upcoming event DCFanDome.

The report states that, in an interview with Andy Muschietti, the director wanted to bring Ben Affleck on board the project, saying:

His Batman has a dichotomy that is very strong, which is his masculinity—because of the way he looks, and the imposing figure that he has, and his jawline —but he’s also very vulnerable. He knows how to deliver from the inside out, that vulnerability. He just needs a story that allows him to bring that contrast, that balance. He’s a very substantial part of the emotional impact of the movie. The interaction and relationship between Barry and Affleck’s Wayne will bring an emotional level that we haven’t seen before. It’s Barry’s movie, it’s Barry’s story, but their characters are more related than we think. They both lost their mothers to murder, and that’s one of the emotional vessels of the movie. That’s where the Affleck Batman kicks in. I’m glad to be collaborating with someone who has been on both sides of the camera, too. He understands.

Reportedly Ben Affleck got received the script at the end of last week and this week agreed to join the project. It’s also worth noting in the same report that it mentions that Michael Keaton, who was in negotiations with the studio back in mid-June, is set to appear in the film as Tim Burton’s 1989 Batman. with Muschietti stating it will be a ‘substantial’ part.

Barbara Muschietti, producer on The Flash, speaking to VanityFair said:

There have been some all sorts of stories and things he said himself about having a very hard time playing Batman, and it had been difficult for him,” she said. “I think it was more about a difficult time in his life. When we approached him, he’s now in a very different time in his life. He was very open to it, which was a bit of a surprise to us. It was a question mark. We are all human and go through great times in our lives and terrible times in our lives. Right now he’s in a place where he can actually enjoy being Batman. Plus, he doesn’t have to carry the entire movie. It’s a pivotal role, but at the same time it’s a fun part.

It’s both surprising and not surprising that this news is breaking now. Surprising in it’s been released now by media outlets and Warner Bros./DC weren’t able to keep a lid to serve this as a surprise at DC FanDome on Saturday, but it’s unsurprising considering this is big news and maybe too many people knew so they had to let them run with it. Also Ben Affleck is coming back and I thought just doing a couple of reshoots for the Snyder Cut of Justice League was the best we were going to get of him reprising the role of Bruce Wayne. I’m definitely more intrigued now to see what else is revealed at DC FanDome and also the fact that Affleck read the script (by Christina Hodson) literally in a few days and signed on to appear makes me very curious about what kind of film we’re going to get.

5 responses to “The Flash: Ben Affleck Will Return As Batman For DC Film”