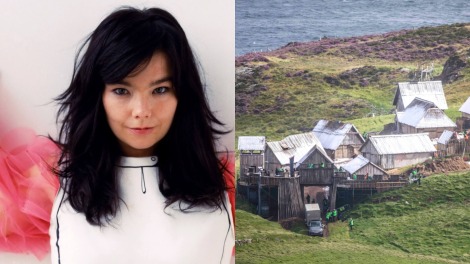 Deadline is reporting that Björk is the latest name to join the cast of Robert Eggers latest film The Northman, which has quietly begun filming at a purpose-built set in Northern Ireland.

The film is a revenge Viking tale set in Iceland at the turn of the 10th Century.

Icelandic poet and novelist Sjón Sigurdsson co-wrote the script with Robert Eggers, whose previous directorial features are The Witch and The Lighthouse. Press photos from the films location (Torr Head, Co. Antrim), taken by Steven McAuley/McAuley Multimedia, can be found in a local article here.