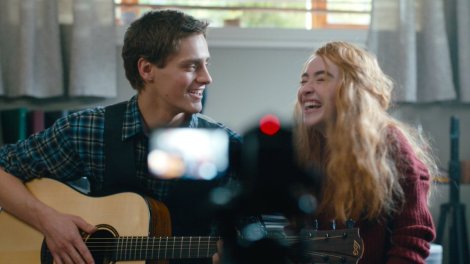 Disney have released the official trailer for the upcoming inspirational teen drama Clouds, based on the true story of Zach Sobiech.

Based on the memoir Fly A Little Higher by Laura Sobiech (Zach’s mother), the film follows Zach’s journey over the course of his senior year as he navigates the complexities of love, friendship, family and leaving behind a musical legacy.

Clouds will be available on Disney+ from the 16th October 2020.