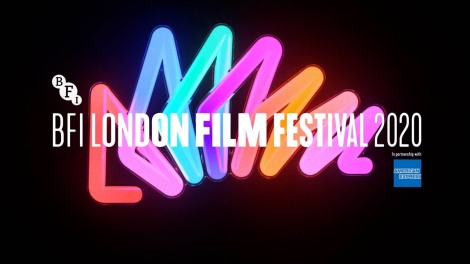 BFI will be launching a new works-in-progress showcase as part of its industry programme for the upcoming upcoming 64th BFI London Film Festival in partnership with American Express.

In what is to become an annual event, the BFI London Film Festival will present a showcase of works made for cinema, television and immersive platforms by UK emerging talents. The seven projects that will feature in this year’s showcase are currently in production, post-production or near completion, and will be presented to an invited audience of international buyers and festival programmers. The showcase will be taking place on the 9th October, which will be fully online as part of this years innovative virtual and physical hybrid festival, with the online access of this programme increasing its reach to a wider pool of international industry professions. Clips will be screened from each of the selected projects, followed by a short Q&A the director and/or producer.

The LFF has always been a platform for supporting new and emerging filmmakers and an important showcase for discovering new talent for commissioners, distributors and financiers. A works-in-progress event uses the moment of the Festival to offer more direct support for the incredible talent that we have in the UK and the producers and businesses backing them. We’re delighted that we have been able to move full steam ahead for this year’s Festival, with the added advantage of our virtual platform reaching even more buyers and programmers from across the globe.

Here is the line-up for the upcoming works-in-progress showcase, including producer synopses:

8 BAR (working title) is a documentary by photographer and filmmaker Ewen Spencer, whose documentary approach has led to commissions from Channel 4 and Vice and brought a host of nominations for Street Sound and Style, his four-part series for id and Channel 4 about British style and music culture. What marks Spencer out from other youth culture documentarians is a sense that he knows and likes his subjects, that they trust him enough to allow him entry into their world. He has applied this approach and aesthetic with huge success to fashion editorials and front covers for Arena HOMME+ +, Vogue Hommes International, Dazed, The Face and GQ Style.

The story of Grime is an evolutionary one. The genre has alternately progressed and retreated. It has exposed internationally and withdrawn to its concrete council estate roots. It has fought against institutional racism, government-sponsored disinformation and the skepticism of the masses. Grime is finally reaping the rewards of its urgency, innovation and socio-political relevance. The true story is riveting, nuanced and presided over by elusive characters. This film is told by the originators, mapping the blueprint of the UK’s most vital cultural revolution in decades. They were there from the beginning.

Lee-Haven Jones’s first film was nominated for Best Documentary at the Celtic Media Festival, he has since directed a number of drama projects, in English and Welsh, including 35 Diwrnod, Tir, Wizards Vs Aliens and The Indian Doctor for which he won th BAFTA Cymru Best Director award. His first short Want It premiered at BFI Flare in 2015 and played at festivals worldwide.

A wealthy family gathers for a sumptuous dinner in the Welsh mountains with the intent is to secure a business deal to mine in the surrounding countryside. When a mysterious young woman arrives to be their waitress for the evening, the family’s beliefs and values are challenged as her quiet yet disturbing presence begins to unravel their lives. Slowly, deliberately and with the most terrifying con-sequences.

Belfast born and based, Stacey Gregg co-directed Inside Bitch for the Royal Court Theatre and Clean Break. Her writing credits include Sophia Al-Maria’s series Little Birds with Juno Temple and Riviera, both for Sky Atlantic, The Innocents and on the new Charlie Covell series Kaos for Netflix.

When a new family moves in next door, their young daughter, Megan, quickly captivates Laura, stirring up painful memories of her own daughter who died several years previously. Before long, Laura’s memories turn to obsession as Megan’s unsettling behaviour begins to convince her of something supernatural. As Laura’s determination to get to the bottom of it becomes all consuming, her family begins to fracture and the line between the extraordinary and the real becomes ever more obscured in this haunting story about a mother’s love.

IF THE STREETS WERE ON FIRE

Alice Russell has worked on shorts, feature documentaries and broadcast documentaries for flagship current affairs strands Panorama and Dispatches, and on programmes for BBC, Channel 4, and Vice News. Her first film, Men Buy Sex, won the SIMA Creative Activism Award and was awarded Vimeo Staff Picks Best of the Month and Agents of Change premiered at Sheffield DocFest. Her films have screened at festivals worldwide and premiered on Nowness and Dazed.

In a landscape decimated by austerity measures, a community called ‘Bike Life’ has sprung up in the void, providing one of the last safety nets for young people who are searching for hope in difficult circumstances. Biking is their escape, their respite and redemption, a lifeline, and a way of seeking solidarity and acceptance amongst a community who understand the realities of living in such close proximity to youth violence. Through the lives of two men from the community, the film weaves a rich tapestry of what it means to be a young person dealing with the realities of street life at this unprecedented moment.

Malachi Smyth’s screenplay Gateway 6 topped the Brit List 2015 and is due to shoot in 2021. He is about to direct his own screenplay The Score this autumn. He also wrote Nocturne, which was produced in 2015 by Bona Fide and directed by Konstantinos Frangopoulos. As a writer, his short films include the multi-award winning The Architect and BIFA winner School of Life. His first short as director, Light of the World, won the Special Jury Award at the Houston Worldfest.

From the producers of Yesterday, The Score boldly combines real time heist-thriller suspense with offbeat romance and a killer soundtrack starring and featuring the music of Johnny Flynn. Two small time crooks are on a mission – the ‘score’ – that they booth expect will transform their circumstances. At a roadside café, as they wait for a rendezvous hand-over, one falls in love with the waitress and begins to question his life choices…while the threat of real danger is driving to meet them.

Socially awkward and environmentally conscious teen ‘AJ’ has a few things on her mind. Mostly how the methane from the cows is destroying the planet, and how she’d rather be anywhere in the world than on holiday with her painfully ‘normal’ family. Following AJ’s suspension from school, mother Tina has dragged AJ to the family’s favourite coastal holiday park in Dorset. Joining them is AJ’s neurotic and heavily pregnant sister Lucy, curious younger sister Dayna and Lucy’s foot rubbing boyfriend Steve. For AJ, the only thing worse than spending an entire week with her family, is being stuck in a caravan without Wi-Fi. She’s determined to have the worst week of her life, until she meets a suspiciously happy lifeguard named Isla who sees through AJ’s uniquely adopted persona. A quirky, nostalgic coming-of-age tale for a new generation.

Baff Akoto’s work is always interested in the fluidity of visual grammar and characters who wrestle with notions of identity and (self)perceptions. Having been mentored by the acclaimed artist John Akomfrah and the Oscar-winning Asif Kapadia, Akoto is currently developing a debut feature film. Having begun as an award-winning documentarian, Baff started directing drama on Channel 4’s acclaimed Coming Up series of single films from new talent. He went on to direct multiple episodes for several TV drama series which led to him being named on Idris Elba and Tony Hall’s BBC New Talent Hotlist. Most recently Baff has been exploring the narrative potential of immersive/VR technologies.

This experimental artist film is the second in a trilogy from Baff Akoto, following on from Leave The Edges, which is showing in this years Experimenta strand of the London Film Festival. The trilogy is contextualised by the current civil rights movement, characterised by Black Lives Matter. Both react against the systemic denigration of Blackness in societies built on colonial imperialism. This project is thematically concerned with heritage, plurality and identity; a mediation on the societal politics and historic legacies of African diasporic migration. We centre on an Afro-Cuban resident of Brussels who came to Europe from the Caribbean twenty-years ago, alongside a French-Congolese family in Paris and a young, second generation, Swiss-Ghanian exploring their Afropean identities. This project visually probes the relationship between modern diaspora and heritage cultures.

The 64th BFI London Film Festival in partnership with American Express takes place on the 7th October until the 18th October.