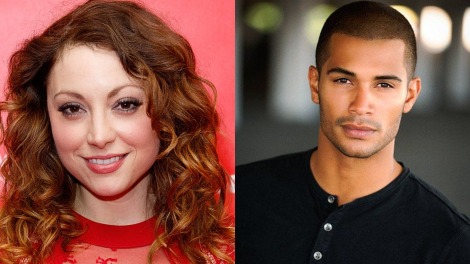 Deadline is exclusively reporting that Leah Gibson and Nathan Owens have signed up for recurring roles for the upcoming second season of DC drama series Batwoman.

The first season focused on Kate Kane, who, armed with a passion for social justice and flair for speaking her mind, soars onto the streets of Gotham as Batwoman, an out lesbian and highly trained street fighter primed to snuff out the failing city’s criminal resurgence. But don’t call her a hero yet…in a city desperate for a saviour, Kate must overcome her own demons before embracing the call to be Gotham’s symbol of hope.

With the departure of Ruby Rose, the second season will focus on Javicia Leslie as Ryan Wilder, who will succeed Kate Kane as Batwoman.

Leah Gibson (whose credits include Jessica Jones and Manifest) will be playing the role of Tatiana aka The Whisper. She is a skilled assassin, unflappable and cold as ice in the face of danger. She is one of Safiyah’s mist important henchwomen and still harbours feelings for her powerful boss.

Nathan Owens (whose credits include Days of Our Lives and Devious Maids) will be playing the role of Ocean, a zen gardner and thinker with a complicated past. A loyal soldier and fighter, Ocean moves to Gotham looking for a new beginning.