Set in the suburbs of Rome, a group of families, connected in various ways, live their lives here that no longer belong anywhere. With the parents constantly frustrated because they are not from a better suburb, and the kind of middle-class life they hoped to have is beyond their reach, there’s a mysterious sense of unease in the air that can explode in any moment that will propel the entire estate towards collapse. Written and directed by the D’Innocenzo brothers, Fabio and Damiano, Bad Tales is the followup to their directorial debut Boys Cry, which came out in 2018. The drama will be screening virtually on the BFI Player on the 14th October and will be available to start watching from 8.45pm till 9.15pm. 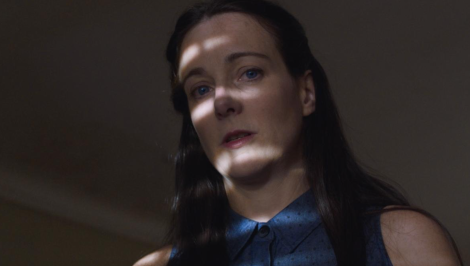 A Common Crime is an Argentine drama directed by Francisco Márquez focuses on sociology teacher Cecilia. One night, the son of her maid, Kevin, desperately knocks on the door of her house, which she hears and sees him, but doesn’t answer/open the door. The next day, Kevin’s body is discovered by the police. Whilst a murder investigation is underway, Cecilia begins to be haunted by the young man’s ghost. A Common Crime is Francisco Márquez’s followup to his directorial feature debut The Long Night of Francisco Sanctis, and he also co-wrote the screenplay alongside Tomás Downey. The film will be screening virtually on the BFI Player on the 13th October, where you can watch it from 8.30pm to 9pm.

The Intruder focuses on Inés, a voice actress and singer who starts to suffer from intense nightmares following a traumatic event during a trip with her partner. She’s not helped by the creepy sounds that appear on her voiceover recordings, which leads to one of her colleagues believing she could be carrying an ‘intruder’. Things only get stranger for Inés with the arrival of her overbearing mother and an encounter with a dangerously seductive pipe organ tuner. The Intruder marks Natalia Meta’s followup to her directorial debut Death In Buenos Aires, here adapting the novel El Mal Menor by C.E Feiling. The film will be available to watch virtually on the BFI Player from 8.30pm on the 12th October until 8.30pm 15th October.

British Pakistani rapper Zed is a rising star on the cusp of his first world tour. But, struck down by an illness that threatens to derail his big break, he’s forced to confront his past, his family, and the uncertainty of his legacy. The film marks the directorial feature debut of Bassam Tariq, who co-wrote the screenplay alongside the films lead Riz Ahmed, and it’s at the top of my list of the films I want to see at the upcoming festival. Mogul Mowgli will be available to watch virtually on the BFI Player from 6.30pm on the 10th October until the 6.30pm on the 13th October, as well as select cinemas across the country that are linked with the BFI London Film Festival, so be sure to see if the film will be screen near you here.

New Order is a Mexican-French thriller which is focuses on Marianne’s wedding, set at a spectacular family home when it is besieged by a number of unexpected incidents: the registrar is late, social disturbances delays guests en route, and former employee Rolando turns up looking for a loan to get his wife urgent medical attention. When Marianne attempts to help Rolando, she finds herself caught up in a riot that rips through her wedding festivities with shocking consequences. This is the latest feature from Michel Franco, which recently had its world premiere at the Venice Film Festival, where it won the Grand Jury Prize. The thriller will be available to watch virtually on the BFI Player at 6.30pm to 7.00pm on the 16th October. 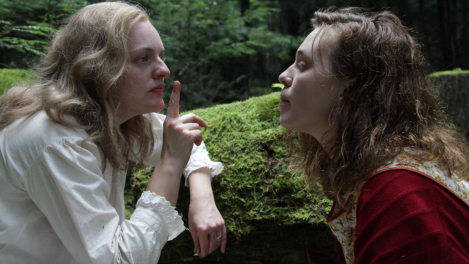 This biographical drama focuses on newlyweds Fred and Rosie Nemser moving in with Stanley Hyman and Shirley Jackson, as Fred begins his job at Bennington College, where Stanley is also a professor. No sooner they arrive that Stanley asks a pregnant Rosie to take over the household chores, as Shirley has become incapacitated by mental illness and writer’s block. Shirley is obsessed by a story of a young woman who recently disappeared from Bennington’s campus and wants to tell her story as a novel. Unbeknownst to the Memsers however is that Shirley and Stanley have a plan to psychologically break down the newlyweds by causing strains in their marriage and try to instigate affairs with them. This Josephine Decker drama had its world premiere earlier in the year at Sundance Film Festival, where it won the U.S Dramatic Special Jury Award for Auteur Filmmaking. The film will be available to watch virtually on the BFI Player from 6.30pm on the 9th October until 6.30pm 12th October, as well as select cinemas across the country that are linked with the BFI London Film Festival, so be sure to see if the film will be screen near you here. 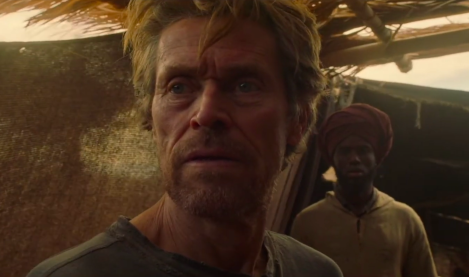 Clint, an English-speaker, has abandoned his former life and now runs a bar in Siberia where most of the few guests do not speak English. He suffers from hallucinations and embarks on a dog-sled journey to a nearby cave where he confronts his dreams and memories, including of his father, brother, former wife and son, trying to make sense of his life. The film comes with a warning of containing scenes of a graphic nature. The film will be available to watch virtually on the BFI Player from 8.30pm to 9.00pm on the 10th October 2020.

Kelly was missing, believed dead. But now she’s back and the whole town is talking. Angry and confused, her sister Lauren takes her in but finds herself increasingly torn between family loyalty and damage limitation. Kelly is unpredictable and the spectre of mental illness that dogged their late mother hangs thick in the air. As their bond intensifies, historic resentments give way to a shared need to confront the events that scarred them as children. But the legacies of the past are political as well as personal on the Irish border and they soon find themselves on a collision course with everyone around them. This drama marks the directorial feature debut of Cathy Brady and one I’m very much looking forward to seeing at the festival. Wildfire will be available to watch virtually on the BFI Player from 8.30pm on the 10th October until 8.30pm 13th October.