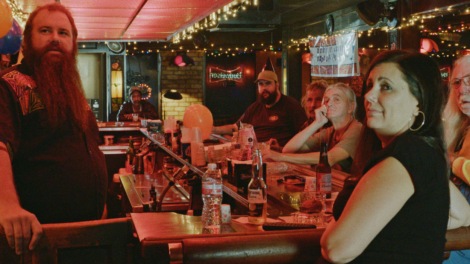 A look at the final moments of a Las Vegas dive bar called ‘The Roaring 20s’. 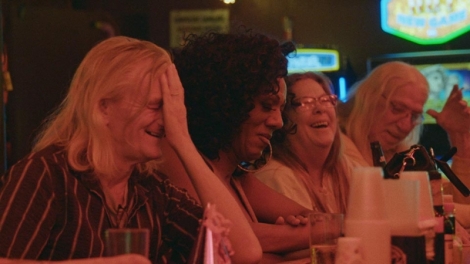 This documentary-style drama focuses on closing night party of a Las Vegas dive bar known as ‘The Roaring 20’s’, with the staff and patrons celebrate their last night together. 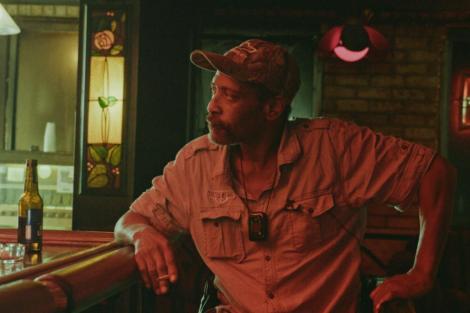 Directed by Bill Ross and Turner Ross, Bloody Nose, Empty Pockets focuses on the closing night party of The Roaring 20’s, a dive bar sitting on the edge of Las Vegas, where the staff and the locals come together to celebrate, reminisce about the past and what will become of themselves moving forward.

When I saw the initial trailer for the film in the lead-up to watching it as part of the BFI London Film Festival, I was wondering why it was nominated for Best Documentary in some of the other festival circuits (in particular Sundance) and learned that the brothers had held auditions for barflies across the country, chose ones that they found most fascinating, spending two eighteen-hour days shooting in a New Orleans bar, then cutting the results together with exterior shots of Las Vegas. While I see why this might urk people a certain way, knowing this before watching the film, I became thoroughly impressed with what the Ross brothers put together, this almost Richard Linklater-style capsulation of a day with these group of outsiders that have created their own family base, a place like nostalgia reminds you of the lines from the Cheers theme ‘you wanna be where everybody knows your name’.

The structure of the narrative, with the directors giving the cast breadcrumbs of situations and topics to discuss, and no matter how many moments in the film are supposedly manufactured, there’s so much authenticity from the style of filmmaking to the performances amongst the barflies that you just switch that notion from your brain off and just enjoy being in the moment with these group of people. We all know a bar like this, we all know people like this, just in a state of living purgatory as the rest of the world seemingly moves on without them. Admittedly, I did start to feel a lull in the middle portion when watching the film.

Like any good night out, you’re enjoying yourself at the start, feel like you’ve overstayed your welcome in the middle but you’re glad you stayed till closing time. That’s what the experience of watching Bloody Nose, Empty Pockets felt like and I liked how the Ross brothers played with the fine lines between documentary and improvisational drama.