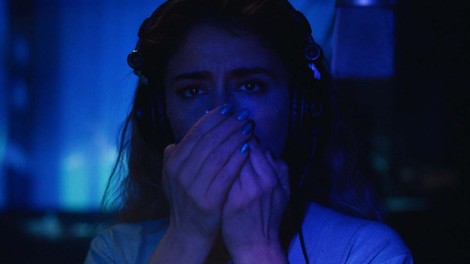 The story of Inés, a young woman who after a traumatic episode during a trip with her partner begins to confuse herself between the real and the imaginary.

The Intruder focuses on Inés, a voice actress and singer who starts to suffer from intense nightmares following a traumatic event during a trip with her partner. She’s not helped by the creepy sounds that appear on her voiceover recordings, which leads to one of her colleagues believing she could be carrying an ‘intruder’. Things only get stranger for Inés with the arrival of her overbearing mother and an encounter with a dangerously seductive pipe organ tuner. 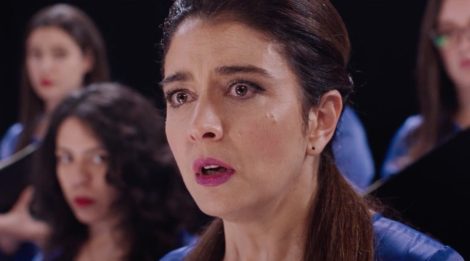 The Intruder, also known as El Prófugo, is an Argentine thriller written and directed by Natalia Meta, which is loosely based on the C. E. Feiling novel El Mal Menor. Set in Buenos Aires we follow Inés, a voice actress who dubs over films and is also a soprano in a local choir. After a romantic getaway leads to the tragic death of her partner Leopoldo, Inés begins to have vivid nightmares and at her work and choir, she’s struggling to find her voice. When the sound engineer picks up a strange sound from her recordings, Inés realises they’re coming from her, with someone telling her that she may have an ‘intruder’ inside her.

The Intruder has a very effective opening act, as we follow Inés and get some insight into her relationship with controlling Leopoldo, and how their argument somehow results in his demise and while Inés is struggling with her voice in the studio and in the choir, she’s also struggling mentally as she becomes haunted by Leopoldo during shows and in her nightmares. The film does a good job capturing Inés’s psyche, as she begins to struggle determining what is real and what is her mind playing tricks on her, and I thought Érica Rivas gave a really good performance in the role. I also though the film was well directed by Natalia Meta, with some lovely cinematography work by Barbara Alvarez. Another technical aspect I thought was effective was the sound design, which helps create the eerie atmosphere that carries throughout the film.

While narratively the film has a strong start, it is deliberately somewhat disjointed through the rest of the films runtime and while it has its moments, the mystery of what or who the intruder is was more compelling than the overall narrative of Inés’s mental breakdown. It’s slow-paced but it gets to a point that it might test the audience patience and with the final act, is it worth it? Kind of, certainly with the final five-six minutes, but the reasoning behind the ‘intruder’ is somewhat underwhelming.

The Intruder starts strong, but gradually lost momentum leading up to the final act. Technically solid with its direction, atmospheric tension and sound design, with a really good performance by Érica Rivas.