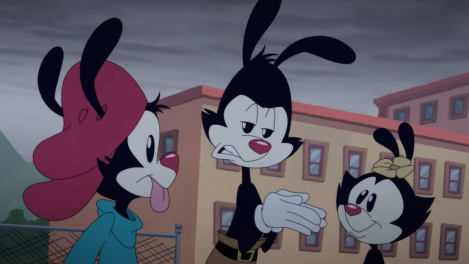 Hulu have released the official trailer for the upcoming revival of 90’s animated series Animaniacs.

An updated version of the 1990s animated series focusing on the Warner Brothers (Yakko, Wakko) and Warner sister (Dot) causing mayhem on the Warner Bros. studio lot, as well as feature Pinky and the Brain.

Animaniacs will premiere all episodes on Hulu on the 20th November 2020.