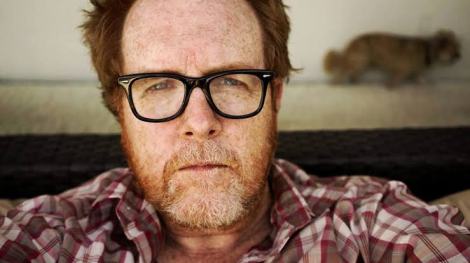 Deadline is exclusively reporting that Steve Agee will be teaming up with The Suicide Squad co-star John Cena for the upcoming spinoff series Peacemaker at HBO Max.

Peacemaker, who will appear on the big screen in The Suicide Squad in the tail-end of summer 2021, is a man who believes in peace at any cost, no matter how many people he has to kill to get it. The exact plot of the series, much like the upcoming Suicide Squad film, is being kept under wraps but it is being described as an action adventure comedy.

Steve Agee will be reprising one of his two roles in the upcoming film, John Economos. The character is a warden of Belle Reve Federal Penitentiary and an aide to Viola Davis’ government character Amanda Waller.

Peacemaker was originally created by Joe Gill and Pat Boyette, first appearing in the Fightin’ 5 series by Charlton Comics back in 1966, with the first incarnation of Peacemaker being Christopher Smith, a pacifist diplomat and son of a Nazi death camp commandant who founded the Pax Institute who fights dictators and warlords. Other incarnations include JLI Peacemaker and Mitchell Black.

Peacemaker is scheduled to begin production in early 2021.