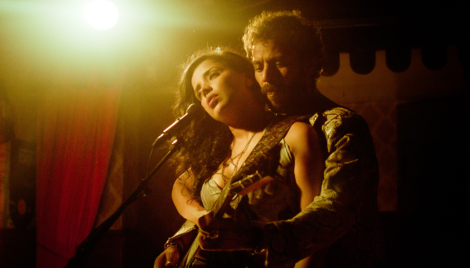 In Casablanca, a car-crash sets ablaze a burning, passionate love story between has-been rocker Larsen and the streetwise amazon Rajae. 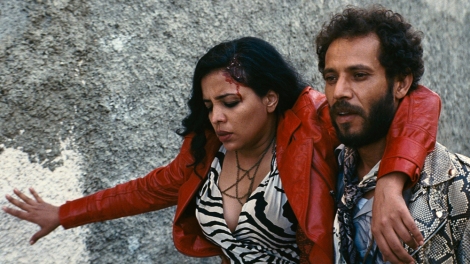 In hellish Casablanca, a car-crash sets ablaze a burning, passionate love story between has-been rocker Larsen and the streetwise amazon Rajae. An unspoken trauma is their common history; rock n’ roll their mutual saviour. Larsen’s snakeskin-covered guitar and Rajae’s liquid gold voice could be heaven, if only everything from his drug-induced visions to her music-buff pimp didn’t get in the way. The only hope for their blooming romance is to skip this ferocious town. 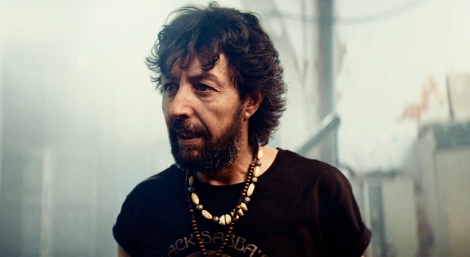 Zanka Contact is written and directed by Ismael El Iraki, making his directorial feature debut. Set in Casablanca, Morocco, Snake Larsen is a former global rockstar who is now trying to keep a low profile as he returns to the city in order to pay off a debt, where he has a chance encounter with prostitute Rajae as they are both caught up in a car crash. The two start conversing and once Snake hear’s Rajae sing, he’s completely infatuated with her. However a previous incident before they met may stall a potential relationship if Raje’s pimp, Saïd, has anything to say about it.

Zanka Contact certainly makes an impression with its opening scene as we follow Rajae jumping into a taxi somebody else is about to get, has a monologue telling and explaining a joke to the driver when the car crashes. From there we’re introduced to Snake Larsen, once a massive rockstar who has gone so under-the-radar escaping that life that everyone in Morocco believed he was dead. From the moment these wild spirits meet each other, you can feel the spark between the two of them and the pair have good chemistry when they share the screen together. The film has a certain pulpiness to it that it feels like El Iraki is paying homage to the earlier works of Quentin Tarantino and Robert Rodriguez, particularly with the on-the-nose characterisations of certain characters, with Saïd being a multi-layered entrepreneur outside of being a pimp, owning a nightclub and an autoshop, while Snake Larsen fully embraces his namesake, wearing snakeskin jacket and snakeskin boots. I thought Ahmed Hammoud gave a fine performance as Larsen, as did Said Bey as Saïd, but for me I thought Khansa Batma was the standout here, giving a really good, charismatic performance as Rajae.

Whilst we see two tortured souls connecting, one who numbs his pain with heroin and the other at the bottom of a bottle, the film comments on a patriarchy society and misogyny towards women, especially prostitutes. While the film tries to make this commentary however, it may be lost on some people that are too lost with the exact tone of the film, which is more often than not feeling misplaced. The film tries to be a multi-genre hybrid, it’s meant to be dark, comedic, dramatic and, somehow inevitably in the final act goes full western, and it feels like it’s trying to do so much that you’re not exactly sure how to feel at certain moments, and with some of the characters back stories and what happens as the film progresses, the comedic tones didn’t land for me. There was a particular beat-down scene that felt off in the way it was staged, but one of the things that stood out for me in the film was one use of that Wilhelm scream and it felt so out of place in the manner of which it was used, I couldn’t help but laugh but a part of me believes that was the intention. While tonally the narrative feels off and some of the comedic moments don’t work, when El Iraki slows the film down to focus on the sequences that involve music is when the film shines. From the way he sets the scene in the bar with Rajae and Larsen, to them going to the show in which Larsen is pulled up on stage to play with the band, and that final act sequence, that’s when the film really shines.

Zanka Contact, for better or worse, is a wild ride of a debut from Ismael El Iraki, who carries his influences on his sleeve and while I didn’t connect with it overall, I’m interested to see what he does next.