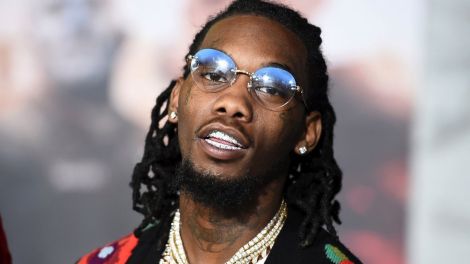 Deadline is exclusively reporting that rapper Offset is the latest name to join the cast of STXfilms comedy-drama American Sole.

Set in the world of after-market sneakers, one of the fastest-growing areas of in-demand streetwear, the film focuses on two twenty-somethings with mountains of college debt who use the fast cash of after-market sneaker reselling to achieve their American dream. But when their startup runs out of cash and a shady investor is their only way out, the dream quickly becomes a nightmare.

The report doesn’t state what role Offset (real name Kiari Cephus) will be playing in the film, which will mark film acting debut, but it does state that he will not only be acting in the film but also collaborate with director Ian Edelman and STX Music executive Jason Markey to curate and executive produce the American Sole: The Soundtrack Album, which will feature at least one original song from the rapper.

To have Offset joining our team is a dream scenario. Offset’s character is important to the storyline and we couldn’t be more excited to have him working with us behind the scenes as he works with Ian and the team at STX to help us define the sound of this film. We could not be in better hands.

This is my first feature film as an actor. After doing NCIS, I knew I wanted to do more acting. Landing this role in American Sole is dope. Not only do I get to star in the movie, but I get to bring my skills to the table as the curator and executive producer for the soundtrack. I’m bringing my world to the big screen. I hope the world is ready.

The film is being written and directed by Ian Edelman. Stadium Goods, the world’s premier sneaker and streetwear marketplace, will serve as consulting producer on the project. John McPheters will serve as executive producer, on behalf of Stadium Goods, alongside HartBeat’s Bryan Smiley. Drew Simon and Patricia Braga will oversee the project for STXfilms.