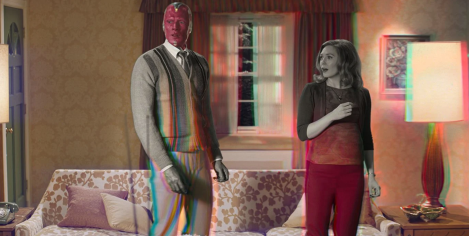 Disney and Marvel Studios have just announced that the upcoming series WandaVision will premiere on Disney+ on the 15th January 2021.

The series is set after the events of Avengers: Endgame, where Wanda Maximoff and Vision begin to suspect things are not as they seem as they live their ideal suburban life.

Vision and Scarlet Witch are some of Marvel Comic’s most enduring characters, with a love story that’s been told through many decades. Vision is a synthezoid who was created by Ultron, one of the Avengers’ greatest enemies, and is a being who longs for human understanding. Scarlet Witch, alter ego of Wanda Maximoff, has various sorcery abilities. The two have married and had kids in the comics.