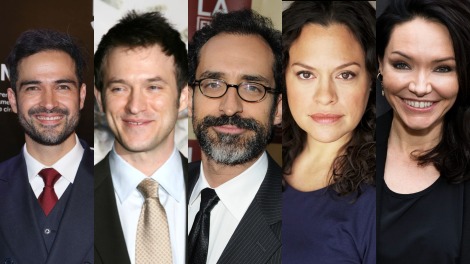 Deadline is reporting that Alfonso Herrera, Adam Rothenberg, Bruno Bichir, CC Castillo and Katrina Lenk have signed up to join the cast for the upcoming fourth season of Netflix drama series Ozark.

The series focuses on Marty Byrde, a financial advisor-turned-money launderer for a Mexican drug cartel, who moves his family to the Lake of the Ozarks to make good for the cartel. The synopsis for the third season is as follows:

It’s six months later, the casino is up and running, but Marty and Wendy are fighting for control of the family’s destiny. Marty preaches keeping the status quo.  Aided by an alliance with Helen and drug cartel leader Omar Navarro, Wendy plots for expansion. But when Wendy’s brother Ben comes into town, everyone’s lives are thrown into chaos.

The report also states that Felix Solis and Damian Young, who both recurred in the third season as Omar Navarro and Jim Rettelsdorf respectively, have been promoted to series regulars for the upcoming season.