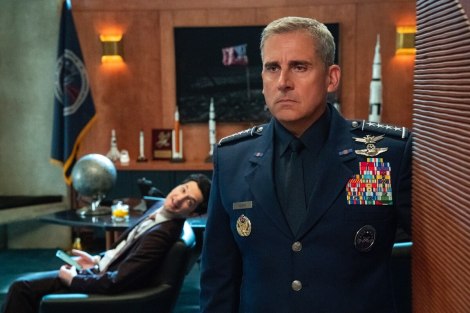 Media outlets are reporting that Netflix have renewed comedy series Space Force for a second season.

Space Force focuses on Mark R. Naird, a decorated pilot with dreams of running the Air Force. That plan, though, gets shifted when he is chosen to run the military’s new sixth branch…United States Space Force. Skeptical but dedicated, Mark uproots his family and moves to a remote base in Colorado where he and a colourful team of scientists and ‘Spacemen’ are tasked by the White House with getting American boots on the moon (again) in a hurry and achieving total dominance.

The first season of the series, co-created by Steve Carell and Greg Daniels, has received a mostly negative reaction towards it critically, which is a surprise considering the talent involved.