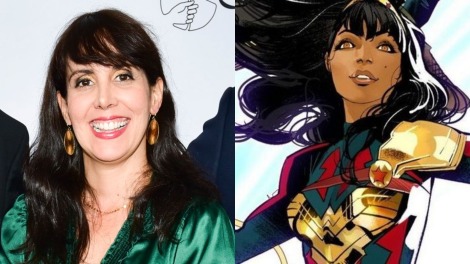 Deadline is exclusively reporting that the CW network are developing a drama series based on the DC Comics character created by Joëlle Jones, Wonder Girl, with Dailyn Rodriguez and Berlanti Productions executive producing.

Also being written by Dailyn Rodriguez, the series is set to focus on Yara Flor, a Latina Dreamer who was born of an Amazon Warrior and A Brazilian River God, who learns that she is Wonder Girl. With her newfound power, she must fight the evil forces that would seek to destroy the world.

Dailyn Rodriguez will be executive producing alongside Greg Berlanti, Sarah Schechter and David Madden of Berlanti Productions. The aim for Wonder Girl is to have it exist within the Arrowverse shows at the CW, including The Flash, DC’s Legends of Tomorrow, Supergirl, Black Lightning, Batwoman and the upcoming Superman and Lois.