A conservative father moves from his rural farm to live with his gay son’s family in Los Angeles. 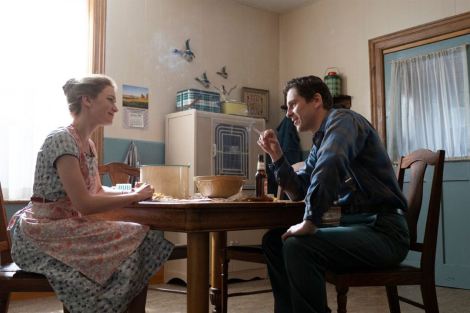 John lives in California with his partner Eric, and their adopted daughter Monica, far from the traditional rural life he left behind years ago. When his conservative and homophobic father Willis starts to exhibit symptoms of dementia, John brings him west, hoping he and his sister Sarah can help their father find a home closer to them. Their best intentions ultimately run up against Willis’s angry refusal to change his way of life in any way. 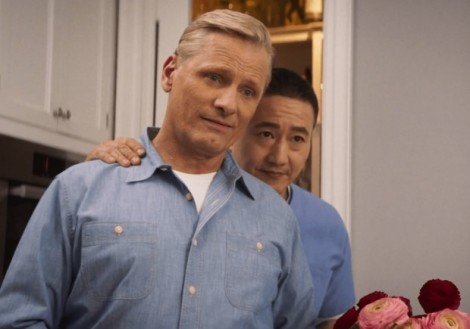 Falling is a drama written and directed by veteran actor Viggo Mortensen, marking his directorial debut. Viggo also stars as John Peterson, who is living in California with his husband Eric and their daughter Monica. With his father, Willis, living alone on an at their old, isolated farm, and his dementia becoming more progressive, John decides to bring him to the west coast, hoping that he and his sister, Sarah, can reconnect with their father and find him a home closer to them, though Willis refuses to alter his way of life and old wounds begin to reopen when he’s around them.

I thought the performances from the entire ensemble was really good. Viggo Mortensen was good as John, as is Terry Chen as John’s husband Eric, who has a high tolerance level to be around Willis for as long as is with the amount of racist abuse he taunts him with, but the pair have some tender moments between them, though some will be irked by a straight man playing a gay character (again), though Viggo has stated in an interview last year that his involvement to star in his own directorial project was in order to obtain funding for the film. In the limited screentime that she has, Laura Linney is also good as John’s sister Sarah, who faced just as much torment from their father growing up as he did and she conveys that well in the family dinner scene when they’re all reunited. Much of the plaudits however will go to Lance Henriksen’s performance as the elderly Willis, even though he’s losing himself due to the illness, the anger that he has against everyone and he world his entire adult life is manifested and taken to a new level here as he will berate those that dare to get close to him and Henriksen is so effective in some scenes, particularly in the quiet moments where he’s by himself, it’s arguably one of the best performances of his career to date. The young version of Willis is also played well by Sverrir Gudnason. Viggo makes some interesting directorial choices here, with some nice editing work by Ronald Sanders in encapsulating Willis’s mental deterioration, which works well with Marcel Zyskind’s cinematography, particularly in the sequences involving Willis on his own at the beach in California, as well as on the farm.

While Viggo Mortensen uses some of his own personal experience of a loved one suffering from dementia (his father suffered from it) as well as making sure that through his research on the disease, he would convey an honest portrayal of it, some viewers will find it to be rather taxing to watch. The issue for this is that the disease consumes Willis, an individual that happened to be a cruel, selfish man long before the disease got a hold of him, so watching his racist, sexist and homophobic tirades, aggressive nature and emotional abuse play out over the course of the films one hour and fifty-two minute runtime can effectively have the viewer switch-off halfway through as it all feels repetitive in nature and it’s hard to have any ounce of sympathy for a man fuelled by such anger.

Despite memorable performances by Viggo Mortensen and especially Lance Henriksen, the drama feels repetitive in execution and gruelling due to Henriksen’s character Willis.